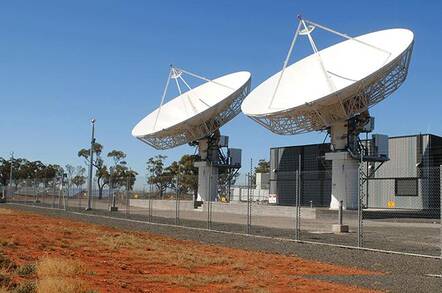 Remote Aussies getting their broadband from nbn™'s SkyMuster satellites have been promised a bit of bandwidth relief, with the company deciding to bundle some 'net traffic for free.

So-called “essential” traffic, which nbn™ defines as collecting email, web browsing, and importantly, “critical” operating system updates for PCs and smartphones, will be carried free in a wholesale service being launched in 2019.

The “your gaming habit won't bust your browser” (how's that geostationary latency going, gamer?) offer will come under the coming “SkyMuster Plus” wholesale service – so punters will have to wait and see if their retailer signs on for it.

He added that SkyMuster Plus will also include a “burst” speed offering: 25Mbps customers will be able to burst above that “when applications and network support allows.”

Mind you, you have to page down to the find print to discover that there are still limits: “software downloads may be speed-limited in busy periods”.

The SkyMuster service has long drawn criticism for poor performance.

For the first few years of its life, it was piggybacked on existing satellites while nbn™ acquired satellites and arranged their launch. The interim service had a chronic capacity shortage that led to capacity throttling.

Things improved after the SkyMuster satellites took to space, but even so, users remain cranky about inadequate download caps (a quick scan by Vulture South suggests 60GB a month, with 140GB of offpeak capacity, is typical), and as a banana farm in Western Australia complained (PDF) in an August submission to the Department of Communications, it remains slow and unreliable (a drive into town is “quicker than waiting for the computer to load a Website”).

Rue noted that nbn™ has a business-grade satellite product scheduled for the first half of 2019, along with additional services for telehealth and distance education. ®