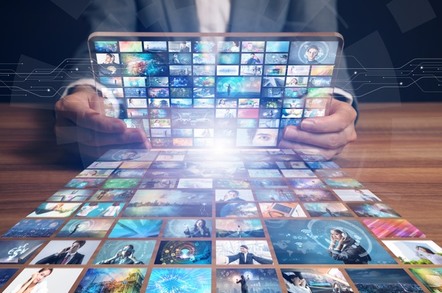 YouTube, a company "completely sustained by pirated content" according to Google executives prior to its 2006 acquisition, is warning that a proposed revision of Europe's copyright directive could spell the end of online video sharing as we know it.

YouTube CEO Susan Wojcicki in a blog post on Monday denounced changes being considered for Article 13 of Europe's copyright regime, that would hold companies accountable for any copyright infringement in content shared on their websites.

YouTube exists because it wasn't held accountable for hosting copyrighted content in the years after its 2005 founding, thanks to the US Digital Millennium Copyright Act's Safe Harbor provision. The site, along with its 2006 acquirer Google, was sued by media giant Viacom in 2007, based on claims YouTube was engaged in massive, brazen copyright infringement.

In 2010, Google prevailed after the judge hearing the case found what while YouTube may have known some copyrighted content had been posted to the site, the law required specific infringing clips be identified and that YouTube had complied with the law when provided with that information in the past. Appeals followed, but by 2013 Google and Viacom finally settled.

Nowadays, Wojcicki suggests everything's under control thanks to YouTube's Content ID system, which requires rights holders to submit files signatures in order to have a say in how content they own gets handled.

But the possibility of changes to Article 13 rules could put an end to online video for Europeans, or so Wojcicki claims. The proposed measures would require a reinterpretation of liability protections like the EU e-Commerce Directive, make web services liable for user activity, impose mandatory upload filtering and establish that upload filters can override legally allowed copyright exceptions.

"The consequences of Article 13 go beyond financial losses," said Wojcicki. "EU residents are at risk of being cut off from videos that, in just the last month, they viewed more than 90bn times."

Pointing to global music hit "Despacito," Wojcicki said the video has multiple copyrights, and while YouTube currently has deals in place to pay royalties, some of the rights holders aren't known to the company.

"That uncertainty means we might have to block videos like this to avoid liability under Article 13," she said. "Multiply that risk with the scale of YouTube, where more than 400 hours of video are uploaded every minute, and the potential liabilities could be so large that no company could take on such a financial risk."

Google does not break out YouTube revenue from its other ad intake but earlier this year analysts estimated that the video biz will bring in somewhere between $10bn to $15bn this year. ®