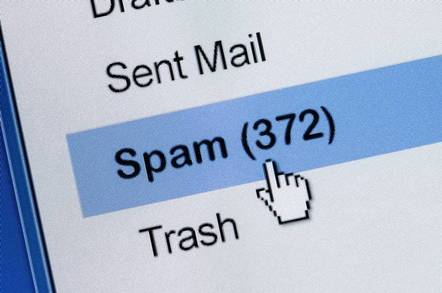 Once again, a hundred thousand or more home routers have been press-ganged into a spam-spewing botnet, this time via Universal Plug and Play (UPnP).

According to brainiacs from 360 Netlab, the malware exploits vulnerabilities in a Broadcom UPnP implementation to infect vulnerable gateways, and that means a load of router manufacturers are affected because their kit uses that technology.

Equipment built by Billion, D-Link, Linksys, Technicolor, TP-Link, ZTE, Zyxel, and Australian supplier NetComm, plus a bunch of devices supplied under ISP brands like CenturyLink and Australian ISP iiNet, are among the 116 device models identified as infected by the malware.

In this Wednesday advisory, Hui Wang and someone calling themselves RootKiter say the hijacked routers were spotted emitting spikes of network traffic to TCP port 5431 and UDP port 1900, used by Broadcom for UPnP. These gateways, infected with botnet malware, were effectively scanning the internet for other vulnerable devices to attack and infect.

The researchers noted that the sweeps are sporadic, but large-scale: “The scan activity picks up every 1-3 days. The number of active scanning IPs in each single event is about 100,000,” meaning about 100,000 commandeered boxes were up and running each time.

When those scans found a router powered by Broadcom's chipset, with UPnP turned on, an attacker-controlled server would be instructed by the malware to automatically exploit the Broadcom bugs and infect the newly discovered gateway with the software nasty. Once in place on its latest victim, it would communicate with “well-known mail servers such as Outlook, Hotmail, Yahoo! Mail,” and others, which is why the researchers believe its masterminds have created a spam-spilling botnet.

UPnP joins the 'just turn it off on consumer devices, already' club

What the pair have dubbed BCMUPnP_Hunter checks to see if a fellow router is vulnerable, then passes its IP addresses to a command-and-control server at 109[.]248[.]9[.]17:8738. This then prods the router twice with shellcode, first to probe the memory layout of the system, and second to hijack the device using this gathered intelligence to form a customized exploit. Once injected and running on the device, the malware contacts 14 IP addresses operated by mail providers over TCP port 25.

The researchers say a Shodan search for the banner Server: Custom/1.0 UPnP/1.0 Proc/Ver revealed as many as 400,000 potentially vulnerable gizmos. They also provide in their advisory hashes and IP addresses of interest to detect the botnet's activity on your own network.

UPnP has been targeted for years: Here's a SANS diary entry from 2013 that briefly discusses port-scans, and in March this year, a comment to SANS reported a pattern similar to the scans that attracted 360 Netlabs' attention:

Have been observing this for about 45 days now (since 02/08/2018). Traffic is very bursty - scanning occurs for just an hour or two and stops, then repeats every 3-4 days or so. I have also noticed an (oddly) fixed source port of port 6/tcp on the scan packets. Not sure of the intent - perhaps looking for Broadcom UPnP? But curious that the scanning starts and stops so abruptly from 10's of thousands of source IPs. Feels botnet-like, but no evidence to support that.

It's understood the exploited Broadcom UPnP flaw was discovered in 2013, yet years later, many devices remain unpatched despite fixes being developed, due to either users not applying updates or updates not being distributed. If in doubt, install the latest firmware for your router. Disabling UPnP completely isn't such a bad idea, either. ®