In news that will shock absolutely no one, America's cellphone networks throttle vids, strangle rival Skype

Net neutrality probe finds it's not the end of the world, though 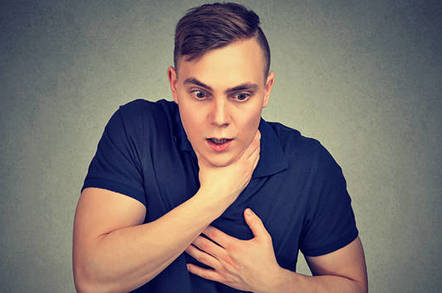 Analysis US cellphone networks are all throttling video to some extent, providing lower-quality stream to their customers, and some are purposefully undermining Skype as an alternative to their services.

That’s the upshot of a ten-month study by Northeastern University's College of Computer and Information Science set up to see what impact, if any, the end of net neutrality rules had had only ordinary users.

On the pure question of whether the FCC's decision to scrap its own rules has changed cellphone operators' behavior, the answer is no, they haven't – they were throttling before and they have continued to do so.

However, the authors note that such throttling was actually banned under the previous rules. So it was likely the case that there was not enough time for the FCC's enforcement department to clamp down on that behavior before the rules were rescinded.

As to the throttling itself, intriguingly it is not consistent across video providers or operators, suggesting that there may be deals between certain mobile phone networks and certain video streaming companies to let their videos pass through unthrottled.

And if that's the case, then of course there is a pressure point that cellular networks can use to extract money from video companies – which is exactly what net neutrality advocates are concerned about. But there is no smoking gun as such.

It could be that the throttling is activated to tackle network congestion: as available bandwidth is consumed by people streaming and downloading stuff over the airwaves, operators may limit speeds to ensure an even level of quality-of-service for everyone in a particular cell, neighborhood, or city.

What is worrying, though, is the fact that some mobile operators are throttling a clear competitor in the form of Skype. Sprint seems to be the worst offender but Boost was also seen to be throttling the voice-and-video streaming service.

This is clearly something that Sprint does not want to admit to – and it told the authors: "Sprint does not single out Skype or any individual content provider in this way." And even though the authors were not able to reproduce the effect it has seen across the country (their theory being that only certain subscription plans are being throttled), it nevertheless stands by its results and in response to Sprint's denial says clearly: "Our test results indicate otherwise."

One more interesting aspect: T-Mobile US engages in a slightly odd form of throttling where it actually boosts the start of a video and then thereafter throttles it.

The authors reckon this a bad thing as it "causes network inefficiencies and confusing bitrate adaptation." But presumably the idea is that customers get the sense that they are getting really fast, high-quality video and retain that feeling even when it tails off as the video goes on.

What does this mean overall? That throttling is real, and that cellphone networks may be cutting deals behind the scenes with content providers, but that currently they are all playing it extremely carefully and not taking much advantage of the fact they could really limit consumers' experiences without breaking any kind of federal rules.

With net neutrality still such a raw issue, it's hardly surprising: you can imagine calls for a boycott for one company's services the moment they are clearly seen to be using their network to favor one service over another; or trying to force customers to pay more to get decent services from third parties.

The report itself seems pretty solid. The university has given a thorough rundown of its findings and it has gone to the trouble of explaining exactly how it carried out its research, when lends it greater credibility.

First, that municipal networks i.e. town and cities opting out of internet access as controlled by Big Cable is growing in popularity. Quite a few local authorities had ballot initiatives allowing them to come up with their own internet access – and as far as we have seen, all of them were passed.

And second, net neutrality – while it is important – is not as important as the frothing-at-the-mouth advocates believe it to be. In the months leading up to the election, we were inundated with emails and press release and studies that assured us that net neutrality was going to be an election issue – that people would vote for candidates based on their position on this crucial topic.

The reality? It had no impact whatsoever. Which if you think about it, was always going to be the case. It's not like people were standing in opposition to having internet access. And so long as you can get online, then health, wealth, houses, roads, taxes and everything else is going to be more important in your vote. ®