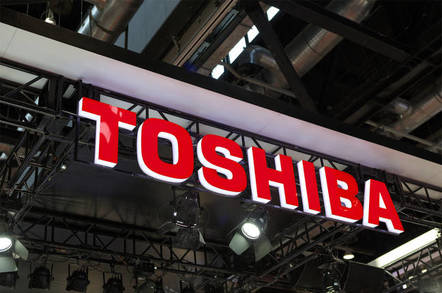 Seagate has given up detailing its declining disk shipments. But its capacity measure, exabytes shipped, is going up so it's reporting that instead.

Toshiba makes four kinds of disks. Aaron Rakers, a Wells Fargo senior analyst, has provided their numbers for the third quarter of 2018, and compared them with a year ago:

The 2.5-inch Consumer/CE and 3.5-inch desktop/CE declines are likely due to flash cannibalisation. We would have expected 2.5-inch enterprise drives to decline in synchrony for the same reason, but they did not.

"Toshiba remains a 5 per cent to 7 per cent capacity share player in high-cap nearline HDDs," said Rakers, who has charted Toshiba's quarterly unit shipments in the enterprise sector, both nearline and 2.5-inch drives: 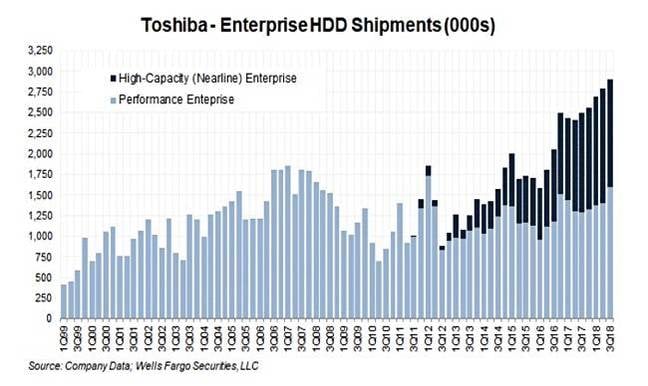 These are Toshiba's growth sectors.

However, it presented on tuned-in MAMR at a conference in August, with different media layers in a MAMR disk set to respond to differentiations in microwave frequencies. This would increase areal density by having multiple recording layers on a platter. We have to wait and see if this comes to fruition. ®