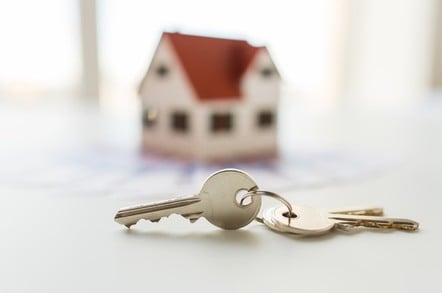 GraphQL, a query language for APIs that was on the verge of being shunned last year over software license concerns, has bounced back and landed in the arms of the Linux Foundation.

On Tuesday, the non-profit – referred to by Bruce Perens as "loggers who speak for the trees" for shaping open-source practices to the needs of its corporate sponsors – said it has formed a new open-source foundation for the GraphQL project with the help of a handful of interested businesses.

“We are thrilled to welcome the GraphQL Foundation into the Linux Foundation," said Jim Zemlin, executive director of the Linux Foundation, in a statement. "This advancement is important because it allows for long-term support and accelerated growth of this essential and groundbreaking technology that is changing the approach to API design for cloud-connected applications in any language."

The purpose of the GraphQL Foundation is to encourage greater use of GraphQL, which its supporters characterize as a more efficient and flexible alternative to REST-based APIs.

Developed in 2012 as an internal Facebook project, GraphQL was open sourced in 2015, and has since been adopted at a fair number of large organizations, including Airbnb, Atlassian, Audi, CNBC, GitHub, Major League Soccer, Netflix, Shopify, The New York Times, Twitter, Pinterest and Yelp, not to mention Facebook.

Netflix in 2015 released its own efficient data fetching scheme called Falcor, but it hasn't been adopted as enthusiastically as GraphQL.

GraphQL outdoes REST by allowing applications to ask for exactly the data they want in a single request rather than being limited to whatever happens to be offered at one or more API endpoints. It allows queries to be optimized to avoid the over-fetching or under-fetching of data. This turns out to be particularly useful on mobile devices, where network resources are often constrained.

Despite the hype, it has some downsides. Its flexibility means developers need to rethink how they handle query complexity and rate limiting. While REST queries return predictable data sets, a GraphQL query, depending on its depth, can demand data chunks large enough to pose computing resource problems.

The software's utility has led to widespread use and its creators see the GraphQL Foundation as a way to move the project from unruly popularity to straight-laced industry standard, a shift that requires the sort of mature community and governance enjoyed by leading open source projects like Kubernetes.

The expectation is that a foundation and its oversight will prevent an increasingly indispensable piece of technology from being undone by squabbling or the off-putting behavior of project contributors.

In a post on Tuesday, GraphQL co-creator Lee Byron explained, "Through the formation of the GraphQL Foundation, we hope to create a space for our community to work together to help GraphQL become a reliable industry standard by encouraging broad contributions and a shared investment in vendor-neutral events, documentation, tools, and support." ®