What's that coming over the hill? Is it ProcDump, a Linux ProcDump? 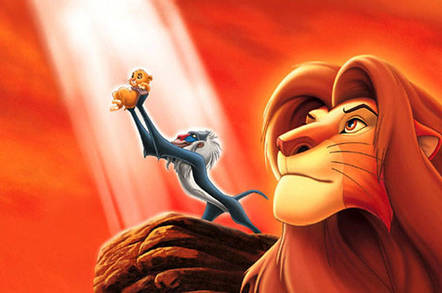 Roundup Microsoft is looking to 2019 and tinkering with Skype as the Windows 10 October 2018 update continues its lonely wanderings.

While the Windows 10 October 2018 Update wanders the wilderness, Microsoft has kept slinging installs of next year's Windows at eager Fast Track insiders.

Build 18272 of 19H1 (the current codename for 2019's Windows 10) arrived on 31 October, thankfully not dressed like a ghost, so there was no need to hide behind the sofa and pretend to be out. Although with the quality of recent releases, that may not be such a bad idea.

18272 still lacks any particular headline feature, instead going for a host of minor usability tweaks and fixes. The Windows Hello configuration screen gets a much needed makeover, which should help users pick a suitable sign-in method, and the SwiftKey keyboard acquired some more languages for predictive purposes.

The Sticky Notes and Snip & Sketch screenshot apps have also received attention (because, heck, it's not as if there are any problems in the core OS that desperately need attention). The screenshot tool got the ability to add a border to screenshots as well as print out the things. Sticky Notes received sync improvements and, yes, "full-on Dark Mode". Hurrah.

Console fans will be delighted to see the arrival of zooming text in the Command and PowerShell prompts. Although it will mean having to use the mouse, which, as any CLI fan knows, should only be fiddled with if there is no way to open a command prompt via a keyboard shortcut.

The Windows Subsystem for Linux (WSL) also gained the new zooming functionality. Not that we could play with it. WSL is a bit poorly in 18272.

Unfortunately, Windows Subsystem for Linux will not work in Windows Insider Fast Ring build 18272. The issue has been fixed and will be in next week's Insider Fast build. If you've installed this build I suggest rolling back to the previous version. Sorry for the inconvenience.

The breaking of WSL can be excused – Microsoft reminded us that "builds may contain bugs that might be painful for some". Sadly, there remains no sign of the increasingly inaccurately named "October 2018 Update", which contained bugs that were painful for many.

As one Skype client dies, another is born

Like a scene cut from The Lion King, Microsoft celebrated the circle of messaging platform life by announcing the preview of Skype for Web in the same week as Skype Classic began its descent to a location six feet underground. Confused users could be forgiven for feeling a little bit of déjà vu. As recently as 2015, Skype was plugging a beta web version which went live just over two years ago.

This time around lucky users will find something that bears a distinct resemblance to the version 8 desktop client, with HD video calling, call recording, a notification panel and the ability to search within conversations. As long as they are using Edge or Chrome. 2016's incarnation supported Firefox and Safari, but 2018 is currently not so all-embracing.

Cats and dogs, living together, Sysinternals components begin showing up on Linux

The majority of Windows developers will have come across Windows Sysinternals, a suite of tools handy for diagnosing troublesome applications and digging into Windows itself. Many (this Reg hack included) owe the authors Mark Russinovich and Bryce Cogswell a debt of gratitude after using the suite to hunt down particularly tricky bugs.

Since Linux is increasingly the OS of choice for VMs on Azure these days, it makes sense that Microsoft engineers would port their Swiss Army Knife of dev tools to the open source platform. ASP.NET software architect David Fowler took a break from his Sunday to announce that ProcDump for Linux had put in an appearance on GitHub.

Turns out we made a procdump for linux! https://t.co/YInC1lfFme #sysinternals cc @markrussinovich

The tool allows Linux admins to create core dumps of their application based on performance triggers, just like their Windows chums. Nice.

Not to be outdone, Mario Hewardt of the Azure team piped up that his team were working on getting ProcMon on Linux, which (if it works like its Windows counterpart) will give real-time file system, process and thread activity. Also very nice.

We're working on Procmon for Linux as we speak! pic.twitter.com/WSqRxbh1ir

There are rather a lot of tools in the Sysinternals suite, and we look forward to other engineering teams at Microsoft popping up to have a crack at prime candidates for porting. Except the Windows team, who are probably a bit busy right now. ®