Clunk, bang, rattle: Is that a ghost inside your machine?

Fear not, IT support will bust that problem in this Halloween On Call special 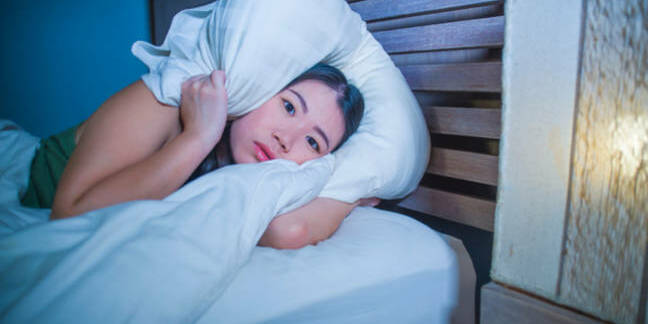 On Call Welcome to the latest issue of On Call, where readers share their tech support crises and triumphs. And, since it's Día de Muertos and we've just passed Halloween, El Reg thought we'd pick out a few tales for a spooky special.

First up, we meet "Jonathan", who recalls a scary call during his time as IT support at a hospital, where medical secretaries and consultants without computers could easily go on the warpath.

Jonathan had been asked to figure out why a PC was rebooting for no apparent reason. After doing the usual software rebuild and replacing almost every component, chills were creeping up his spine – who was he going to call?

Sadly, not the Ghostbusters. Instead, a rep from the manufacturer, someone from the hospital estates department and Jonathan crowded round the medical secretary to watch their every move, hoping for a sign, much as a group of believers stares at a Ouija board.

Haunted disk-drive? This story will give you the chills...

“Sure enough, it happened while we were sat there!" said Jonathan. When diagnostics offered no clues, the trio resumed their observation of the bewitched machine – and lo and behold, it happened again.

“Both times, the user was returning to the PC to continue working on it after doing some paper based tasks. They picked up the keyboard and then a second or so later, the machine reset itself,” Jonathan said.

Soon, though, the amateur sleuth had figured it out. “When the user put the keyboard to one side, they rested it against the case, which happened to depress the reset switch. When they picked it back up, the keyboard reset switch moved out, and reset the machine.

"The reason for the small delay was that the switch was slightly sticky from a drink-related spillage, so it never happened immediately after the keyboard was moved.”

A Ghost Inside The Machine

Many, many years ago, reader “Gilbert” was installing DOS6.x on a new-to-him machine. As it was his first install of anything above DOS3.x, Gilbert said he was "amused" by the spooky way “the installer popped up various messages, ‘shall I set this up’, ‘shall I set that up’”.

But when the time came to reboot, this ghostly helper apparently wanted the machine to keep running – as it didn't respond to any of his pushes on the power switch. This left him no option but to switch it off at the wall, “which exorcised the ghost”.

The best way to screw the competition? Do what they can't, in a fraction of the time

It wasn't until later that Gilbert (haunted by the day's work) figured out that he had an old Enhanced Graphics Adapter CRT monitor hooked up and powered from the auxiliary mains outlet on the back of the PC.

“The next bit will be obvious to older readers," said Gilbert. “The monitor, being CRT, had a big degauss coil that gave the screen a whack every time the monitor was turned on, taking a big whack of mains current. It was just coincidence that the surge had welded the PC power switch at that particular startup."

Dicing with Death – or face-paint fiasco?

As we approach the weekend's festivities, a word of warning on the materials you might use as face paint comes from reader "Mike", who was working in tech support for a large oil company in the late '80s.

Mike got a “frantic” call from a very senior exec who said he couldn’t get the toner cartridge into his mammoth HP500 printer. On arriving at the office in question, the boss told Mike to shut the door.

“I did, and as I turned around, I realised he was covered in black toner powder from the neck up… I don't know how he did it but he managed to pry open the toner cartridge and blasted toner into his face. He thought the powder went into the printer.”

Given the toxicity of the toner powder, Mike called an ambulance forthwith.

Finally, we’ve got a tale of a happy moment turned sour – your classic Halloween trick or treat scenario. This one is from “Bobby”, who was called in after a break-in.

The thief had attempted to steal a laptop, but – on realising it was cabled to the desk – picked up a mobile phone instead, and legged it.

“When the police saw that the thief had fingered the laptop before abandoning it, they of course dusted it for prints,” said Bobby.

When the user later complained the device was no longer working, the pair discovered that the aluminium variety of fingerprinting dust “is very very fine and very very conductive. The thief may not have deprived that user of his laptop, but the police finished the job for him.”

We hope your weekend is filled with treats, not tricks – but if there are any tech support traumas, don't forget to let us know! ®