'He must be stopped': Missouri candidate's children tell voters he's basically an asshat

Kids can be so cruel when you're a racist homophobe 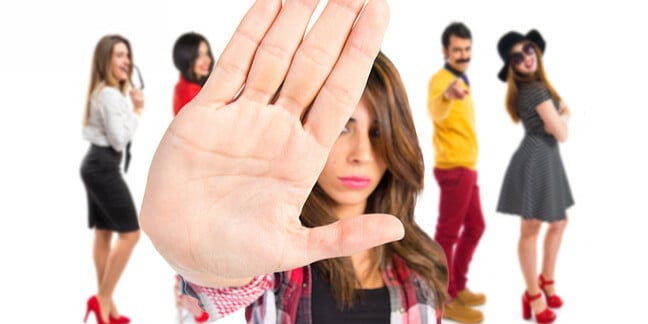 There's no question that fatherhood brings immense responsibility. From the moment they come into the world, children think you are immortal, an aeons-old genius – nay, a god.

However, two of US Republican Steve West's kids didn't get the memo – maybe they've grown up? – having explicitly told the Missouri electorate not to vote their pops into the state's general assembly.

While perceived "homophobia" and "racism" may well win support from some sects of Americans, West's comments on these matters have not impressed his offspring, moving them to contact their local paper.

"My dad's a fanatic. He must be stopped," son Andy West told The Kansas City Star. "His ideology is pure hatred."

Daughter Emily's endorsement also left a lot to be desired. "I can't imagine him being in any level of government. A lot of his views are just very out there. He's made multiple comments that are racist and homophobic and how he doesn't like the Jews."

The siblings refer to West's Monday morning Kansas City radio show on which he pushed "fanatical conspiracies about 'Jewish cabals'", according to the Star.

There's also the one zinger that really ought to seal any idiot's political doom, "Hitler was right", which West reportedly told listeners to KCXL radio on 27 January 2017.

All this among a slew of comments allegedly running the gamut from Islamophobia to homophobia.

His children's concerns grew when they realised West's candidacy was actually being taken seriously. "I think it's just insane that people are putting out his signs," Emily added. "You see his signs everywhere. I don't understand how people can put out his signs knowing the comments that he's made."

"Certainly the terrorist that engaged in that synagogue shooting and my father have the same objective," he said. "That objective is the removal of Jews from America. And certainly, if somebody who is already unstable gets the kind of message that he's preaching, it's all bad."

West categorically denied his children's claims, insisting that his comments had been taken out of context.

They fuck you up, your mum and dad.

They may not mean to, but they do.

They fill you with the faults they had

And add some extra, just for you.

But they were fucked up in their turn

By fools in old-style hats and coats,

Who half the time were soppy-stern

And half at one another's throats.

Man hands on misery to man.

Get out as early as you can,

And don't have any kids yourself.

Fortunately, West's children seem to have escaped this fate and have likely done the state of Missouri a service by not slurping up their father's bullshit, like so many kids do. ®