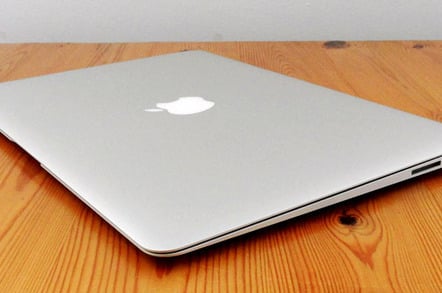 A seemingly insignificant product cancellation is having a far-reaching impact on a particular community of Mac users.

Reg reader (and contributor) Colin Hughes wrote in to inform us about how Developer Nuance's decision to drop the OS X port of its Dragon Professional for Mac has left some customers with disabilities out in the cold.

Pitched as a productivity tool, Nuance's Dragon software is aimed at everyone from journalists and home users to medical professionals as a way to accurately transcribe spoken words into printed text.

For some users, however, the software is much more than a convenience. Hughes explains that, for him and others whose conditions leave them unable to type with a keyboard, voice dictation software is a line to the outside world.

"I became wholly reliant on voice dictation software for corresponding, whether it is writing a business letter to the bank, a blog post, or a short text to friends and family," he explains.

"I do not have a plan B for writing anything."

That is why, when Nuance announced recently that it was cutting support for the Mac version of Dragon Professional for Mac, it left some users in a tough spot.

While the software will continue to function, there will be no future updates or support, meaning Colin and others who have come to depend on Dragon for everyday activities will have to find another way to get things done.

"I have followers on Twitter who are in employment and run businesses and they say this news will hit their productivity hard," Hughes explains.

"Blind people, people with dyslexia are also likely to be affected adversely along with severely physically disabled people like myself."

El Reg contacted Nuance for comment on the matter, but a spokesperson had only the PR boilerplate to offer.

"Nuance is constantly evaluating its product portfolio to see how we can best meet the needs of our customers and business. After much consideration, we have made the difficult decision to discontinue the Dragon Professional Individual for Mac line-up," the statement reads.

"Customers may still receive telephone support for up to 90 days from date of activating the software in North America and up to 180 days from date of software activation in Europe, the Middle East, Africa and the Asia-Pacific regions. Customers’ statutory rights are not affected."

In other words, the clock is ticking for anyone who relies on Dragon for Mac to either find a new app or migrate to Windows. Which leads us to the next part of the story.

Other options don't really stack up

It would be one thing if the other options for Mac users could match Nuance's now-discontinued offering. Unfortunately, Hughes tells us, there isn't anything close to Dragon at the moment.

"Apple’s own voice dictation app.(found in accessibility) is inferior because it doesn’t learn from your mistakes, it can’t cope with work jargon, foreign names, you can’t train it to recognize words so it doesn’t repeat the same recognition mistake, you can’t add to its vocabulary," said Hughes.

"So if there is an error in recognition when dictating people like me can’t take to the keyboard and simply carry on. So Apple’s own offering is far inferior to Dragon for Mac and is not at all productive for me to use."

That leaves users with the unenviable choice of either making do with an inferior product or dropping their Macs in favor of Windows, where Nuance still supports Dragon Professional.

"I am a Mac user, I am steeped in the Mac ecosystem with MacBook Pro, iPhone, and Watch with all that seamless integration between devices," Hughes said.

"It is not a simple decision to switch to a Windows machine and get Dragon for Windows."

Apple to blame as well

It is no secret that Apple does not play well with others and the strict limits it places with its APIs have prevented developers from making full use of hardware the way they can on other platforms. Many an Android developer, for example, has had to cut features from the iOS version of their app due to Apple simply not granting access to specific components.

Look ma, no hands! The machines are speaking our language

Nuance, it seems, ran into some of the same problems when it made Dragon for Mac.

Back in a 2016 user group presentation, Nuance R&D program manager Jeff Leiman noted how Apple's API restrictions left Nuance unable to implement some of the features it was able to offer for the Windows version.

While wanting to keep control of what happens on their platform is perfectly understandable, Hughes argues that Apple should also take it upon themselves to pick up where Nuance left off and develop a better set of access and dictation tools for disabled users.

Hughes says that, eventually, he does believe someone, be it Apple or Google, will step up and offer better voice controls and dictation. Unfortunately, in the meantime he and other users are tied to the business decisions of the few companies, such as Nuance, who offer a usable product.

Perhaps most frustrating is that the technology to do voice control properly is already here. Apple and others have made a point of working it into their hardware demos, but the involvement ends there, and when it can't be used to showcase a new product, speech recognition seems to get tossed aside.

"For some strange reason Apple keeps pitching voice control in terms of gimmicky things like ordering your coffee from Starbucks while turning your thermostat down on your way out to work," Hughes says.

"For people like me being able to control my Apple device by voice can make or break my day. Apple just doesn’t seem to get that and it isn’t listening."

Here's hoping they do, sooner than later. ®