You don't want fixes. You really want a shiny new Windows Search. Of course you do 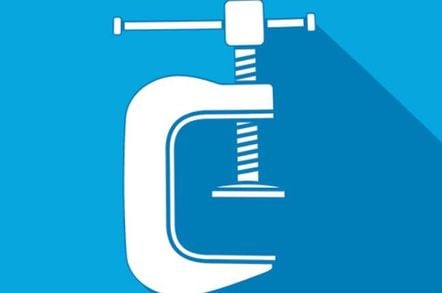 Microsoft has confirmed that, yes, that whole zip-file thing is indeed a bug and, er, no. It won’t be fixing it until November. But hey, how about a new Windows Search?

A post by Microsoft on the software giant’s answers forum detailed the issue, which sees the OS silently skip files already in the destination while extracting from a zip archive. The problem only affects extraction using Windows’ own File Explorer.

The advice is simple: “We recommend you fully extract the zip folder before you copy files to a new destination folder to avoid this issue.” It does, however, stop short of suggesting that a third party archive manager would be able to do the job or, heck, just uninstall the OS and have done with.

Slightly more worryingly, Microsoft also warns that users should “not attempt to Cut and Paste items from a compressed (.zip) folder” because “this may result in unintentionally deleting items that may not be recoverable.”

The issue is yet another factor undermining confidence in Windows 10. During the excited squeaking over Microsoft’s results yesterday it was announced that over 50 per cent of commercial devices were now on Windows 10.

With Windows 7 rapidly approaching the end of support, this means that nearly half of enterprises have yet to make the jump, and the ongoing quality issues may well give them pause for thought, or even consider an alternative.

A fix for the problem is due in November, according to the posting which gives us a clue for when Microsoft might decide to let the Windows 10 October 2018 Update off the leash once again.

Searching for improvement in 19H1

Undeterred by the ongoing woes of last season’s Windows, the Windows Insider team took the opportunity of reminding CEO Satya Nadella and co just how much the OS still contributes to Microsoft’s bottom line by flinging out a new version of next year’s shiny, 19H1, in the form of build 18267.

The most notable feature in the new version is an improved Windows Search which, in shades of search engines of old, spends a while indexing every folder and file on the PC in what Microsoft claims is a “one-off” process. Lucky users can then search everywhere (unless specific folders have been excluded) instead of just documents, pictures and videos.

The Insider team state the improvements “were made because of your input”.

Users will be relieved to know that the team is indeed actually looking at feedback, even if it seems to be skipping the “stop the thing deleting my stuff” entries in favour of “make search a bit faster.” ®