Grumbling about wobbly Windows 10? Microsoft can't hear you over the clanging cash register 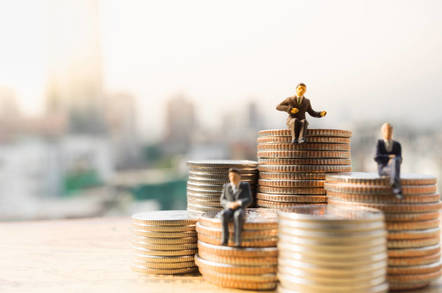 If Microsoft is sweating from the heat it's taking on Windows 10 release quality, its financial figures certainly aren't showing it.

Virtually every part of the Redmond giant's major businesses reported a gain as Microsoft turned in a record FY 2019 first quarter on Wednesday. For the three months to September 30, its GAAP results were as follows:

CEO Satya Nadella was, as expected, beaming over the stellar quarter.

"We are off to a great start in fiscal 2019, a result of our innovation and the trust customers are placing in us to power their digital transformation," Nadella said.

I am so proud of@microsoft. @satyanadella and his team are really innovating and reaping the success congrats https://t.co/pcXXwz6QHe

Redmond's roaring results come despite lingering gripes from some Microsoft customers over the company's handling of the Windows 10 update program and the ongoing quality issues with its flagship product.

That the Windows commercial line would - despite these problems - see double-digit growth would suggest that, even if punters are sick of Microsoft, they're still opening their wallets.

The numbers also come ahead of Microsoft's expected Borging of GitHub. Nadella did try to reassure anxious developers, telling analysts that Redmond plans to leave the code repo mostly untouched.

"For us GitHub is not a means to some other end, it is an end on its own. We think this is perhaps one of the big SaaS opportunities going forward," he told financial analysts on a conference call.

"It will be all about maintaining the GitHub community and the ethos at the core."