Insists it wasn't chased off following protest and occupation by locals 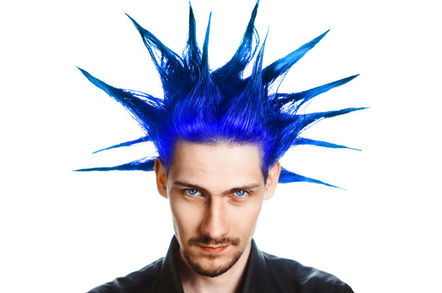 After months of protests centring around a local anarchist bookshop, Google has left the disused Berlin electrical substation building – where the international ad-tech behemoth had planned to open a Google Campus branch.

Google's intention to turn part of a former substation, Umspannwerk Kreuzberg (maps), on Ohlauer Strasse in Kreuzberg, into an outpost were foiled after locals started protesting against gentrification.

"The company said the site would now go to online donation platform Betterplace and the KARUNA association, which supports children and young people in need," reported The Local.

Google Campus is a hot-housing scheme where in return for that sweet Googly cash, startups are encouraged to set up shop in Google-owned premises while using lots of Google-made and provided services, including training and business mentoring.

Residents of the local neighbourhood in Berlin were upset at the idea of the ad-tech giant striding in and depriving them of their local disused electricity substation - not least because the influx of startup types would raise the rents for the rest.

"In September, activists occupied the substation for several hours before the police intervened," according to the report, while a local Green Party politician supplied the obligatory quote about the "increasing importance of socially and ecologically oriented companies and the non-profit economy".

Another politician from the classically liberal Free Democratic Party of Berlin, however, complained that locals chasing off a well-heeled multinational corporation was sending the wrong message to business. Similarly, Christian Graeff from the local branch of the Christian Democrats, chancellor Angela Merkel's political party, said: "Berlin's reputation has been badly damaged as a result."

Google itself sent its mouthpiece Ralf Bremer to say: "We don't let protests dictate what we do." Nonetheless, having fled from the former substation, Google is instead opening its startup promotion biz on Tucholsky Street, according to the local Berliner Zeitung newspaper (auf Deutsch, natürlich).

One of the protesters said he was surprised by Google's retreat. Stefan Klein of the Gloreiche Nachbarschaft group told the Zeitung: "Google is just a company that is sensitive when it comes to its image."