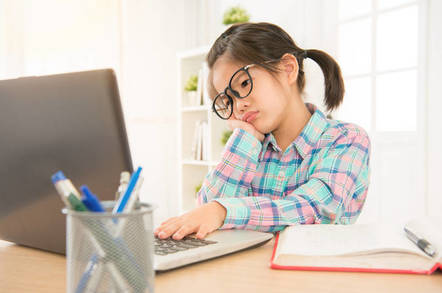 Microsoft’s Small Basic broke out the jelly and ice cream today as the language celebrated its 10th birthday.

The language, now at the same age as much of its target audience, was first announced back in 2008 although it took until 2011 for the first stable release to make an appearance. Sporadic development of the language continued up to 2015, when Microsoft emitted version 1.1, which updated .NET support to version 4.5. Shortly after, in October 2015, 1.2 took a bow, and added classes to allow programmers to access a Kinect attached to the PC.

Things then went a bit a quiet for Small Basic.

The language is now a volunteer project with development efforts focussed on three days a year during Microsoft hackathons. The product itself now has two strands: the legacy desktop version, and the web-based incarnation known as Small Basic Online (SBO), which launched this year for those unable to install the desktop product.

The web version has, in its current preview state, managed to be even more limited than its desktop sibling. Simplicity is very much the name of the game, even at 10.

That isn’t to say it isn’t a whole lot of fun to tinker with the syntax, which only consists of a dozen or so keywords. The IDE (on web and desktop) is gloriously simple, but still features a version of Intellisense and syntax highlighting.

The desktop is considerably more polished, with a more attractive help system and, of course, the ability to “Graduate” – aka, export a project into Visual Basic. Sadly, this proved a little flaky in use, and whether "graduating" to full blown Visual Basic is a good career step is debatable.

As well as simple classes for string handling and getting input from the user, the language also includes a turtle graphics class, which had this hack thinking fondly of days of Logo past.

Third party extensions, such as LitDev, which adds functions for playing with 3D rendering and webcames, can also be plugged in. Although at the point one starts to hit SQL databases or attempt XML parsing, the point of Small Basic may have been missed somewhat and perhaps it is time to move to a more grown-up language.

Microsoft plans to fully open source the thing and has added Small Basic Online to GitHub, with the intention of making version 1.1 the first community release. SBO currently stands at v0.91 and there is at least one more version planned after that. The more fully featured desktop version is due to hit 1.3 before long.

Reaching parity between the web and desktop versions remains a longer-term goal, and certainly having the likes of third party classes running online would present a challenge. The team anticipates this will be at least partially achieved with version 2, when both online and desktop apps share the same codebase.

Hopefully we won’t have to wait until today’s Small Basic programmers hit their twenties before that happens. ®