So fonts are funny and archives aren't ace but, hey, at least it isn't deleting files, right? 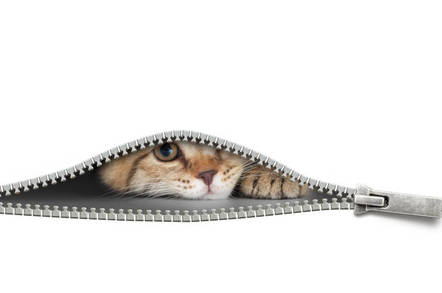 The problems with the Windows 10 October 2018 Update just keep on rolling in as users complain of borked zip file extraction, broken fonts and iffy brightness controls.

The infamous file deletion bug and blue screen reports have drowned out other issues somewhat. So, allow us to present a round-up that could have been titled "Should have kept the testing team on, eh?"

The issue with zip file extraction first appeared in a Reddit thread, as users queried some odd behaviour when files were being copied out of an archive. Previous versions of Windows would show a warning if those files already existed in the destination. In Windows 10 1809? Nothing.

Reports of the bug rapidly spread and we at Vulture Central were able to recreate it on our installation. It's a pretty nasty issue – a user could copy a file out of an archive, assume the copy was successful and then delete the zip file. However, if a file with the same name already exists, Windows 10 would have silently done... nothing. Oops.

The issue appears to be isolated to copying files from an archive using Windows' own built-in functionality. We tried the same process with some third-party archive management tools and encountered no such problems.

Arch-Windows tinkerer software engineer Rafael Rivera had a hunt through the Windows feedback hub and found that, yes, this bug had been reported a few times before release. Oh dear.

New 1809 bug is making rounds in the media, re: zip files and files not getting replaced. Not as serious.

Few scattered reports, dating back to ~1-3 months ago. pic.twitter.com/ORZnBnMkwv

Font substitution left on the bench

Less severe, but highly annoying for affected users, is a problem where some Unicode characters are failing to show up correctly. Users of the foobar2000 audio app reported seeing some odd behaviour with certain characters, notably the black and white star symbols (Unicode 2605 and 2606 respectively) being replaced by plain rectangles.

It looks like there is a problem with font substitution, linking or fall-back in Windows 10, where the operating system replaces missing characters from one font with those from another. Except in version 1809 this does not seem to be happening reliably.

In a highly unscientific test involving that rarely used app, Notepad.exe, we were able to see that 1803 is able to put stars in our eyes, while 1809 throws up the Rectangle Of The Missing Glyph for the same font.

Some apps, such as Office, appear to be unaffected. But other Win32 apps that depend on the OS to perform font substitution (such as foobar2000, Notepad.exe or, er, File Explorer) are struggling.

Just because you have gone all in on Microsoft, and picked up one of the company's fondleslabs, does not mean you are immune to the curse of 1809. Users of Surface Go devices are reporting problems with the brightness control on the troubled OS.

An issue in 1809 is causing the screen to fail to dim or brighten as the user presses the hardware keys (we have seen the same behaviour on a Dell XPS as well). A restart appears to fix the problem briefly, as does disabling and re-enabling the graphics driver. Some users have reported success in manually installing drivers from Intel.

The fix? Well, probably best to roll back to 1803 if you can. And if you can't, then you'll just have to wait until Microsoft gets around to fixing the thing.

For now, the October 2018 Update remains standing in a corner at Redmond until it apologises for what it has done. ®