Memo to Microsoft: Windows 10 is broken, and the fixes can't wait 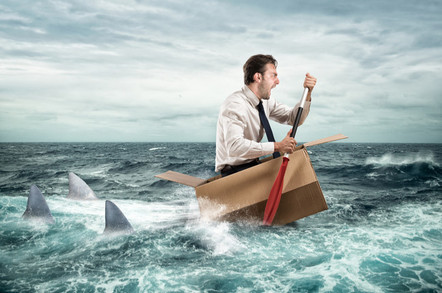 Comment Windows isn't working – and Microsoft urgently needs to change how it develops the platform, and jettison three filthy practices it has acquired in recent years.

In 2014 Microsoft decided it could do a better job if it discarded a lot of software testers. This bright new dawn was lauded at the time by Peter Bright at Ars Technica in a piece titled "How Microsoft dragged its development practices into the 21st century". Testers were soooo 20th century.

The previous month, Microsoft had laid off many of its Windows testers.

"Under the new structure, a number of Windows engineers, primarily dedicated testers, will no longer be needed," wrote Mary Jo Foley in her scoop for ZDNet.

Crowdsourced testing would be the way forward – and we should be thankful for this, Ars advised. "The goal is to make the OS team work more like lean startups," we learned. Lean. Agile. Heard this one before?

"QA still exists and is still important, but it performs end-user style 'real world' testing, not programmatic automated testing. This testing has been successful for Bing, improving the team's ability to ship changes without harming overall software quality," Bright wrote.

The following year my piece voicing misgivings to the crowdsourcing part – the Windows Insider programme – got plenty of attention at Microsoft. The Insiders were not representative of the core Microsoft business customer, I argued.

"Normal people don't sign up in large numbers to try out very rough alpha software, or at least not knowingly. This means only the most devoted fanbois and developers have been using early builds of Windows 10," I wrote. Interesting, we were told. The company carried on regardless.

Well, here we are. Over the past three years Windows 10 has been released at six-month intervals, so someone was doing the QA, but it showed less and less each time. Development slowed to a glacial pace. I would leave my biannual NDA walkthrough scratching my head at some of the headline features. 3D Paint? A new toolbar for gamers? An acrylic calculator? These were not only trivial, but they didn't seem to be on any professional user's wish list.

Perhaps concerned at this slow pace, Microsoft managers decided to take the foot off the brake. Caution was thrown to the wind.

A complete breakdown in Microsoft's ability to produce reliable software...

The result was catastrophic. October 2018 was the first major update to be recalled for quality reasons. It deleted your data. In particular, it deleted data that users had stored in the cloud, that apparently eternal data backup destination, where no data should ever be lost. Right?

It was merely the worst in a series of serious bugs which continue to this day. And I'm focusing on the problems caused by the big update. The car-crash autumn update followed a poorly received spring update. The agony continued for weeks.

The patches are a nightmare too, one recently caused HP PCs to BSOD. And although it received far less attention than the Windows 10 recall, the Windows 7 patch rollup vital to many businesses was also halted this month.

Windows 10 is officially a shit show.

How did this happen?

Windows watchers see a company in a rush. Windows Insider builds migrate through three stages – Fast, Slow and Release – and each should be less risky than the last. Build 17758 sped from the bleeding-edge Fast Ring to the Slow Ring in just three days (breaking .NET). A few builds later, the RTM 17763 bypassed the Release stage entirely and leaped into the wild. "Microsoft closed that window in record time," noted Neowin's Rich Woods.

"It's entirely possible that the absurd breakneck pace of change we're seeing masks a complete breakdown in Microsoft's ability to produce reliable software," wrote Woody Leonard. "All I know for sure is that Windows is on a vicious downward spiral."

Enterprises are now wary, sticking with older versions, ensuring the PC hardware industry – which sees an uptick in sales from Windows 10 – remains in the doldrums.

Then there's the problem of crowdsourcing. This crowd isn't worth much, and certainly isn't wise enough to spot the problems Microsoft's dysfunctional software processes are throwing up.

"Microsoft has come to rely on Windows Insiders to act as canaries for the operating system. With reliability issues too severe to be fixed in an update, it may be that too much quality control work has been offloaded onto these helpful enthusiasts," my colleague Richard Speed noted earlier this year.

So three urgent changes are required.

Firstly, reintroduce dedicated testers. Don't rely on automation and the crowd – that clearly isn't working. Raise the prestige of testers in the company. Secondly, repurpose the Insider programme – reclassify it as a fan club. Anything, really. It's not a substitute for professional testers. And thirdly, slow down. The rush to bring immature software to market has clearly deteriorated software quality. Are annual releases such a bad thing? Or even delaying the software until it's actually ready?

Elevating the prestige of Windows within the organisation is not a bad idea either, even though it goes against Satya Nadella's proselytising of the cloud as the primary Microsoft platform. Working on Azure is the cool thing to do at Microsoft, and in the Cloud and AI Platform group under Scott Guthrie. Windows is "legacy". Yer Dad's OS.

But this is shortsighted.

There's far more potential at the edge than contemporary fashion permits – all those untapped cores. Here's an example of that power being put to very innovative use – avoiding the cloud, and producing better results.

In addition, if the perception of the Windows in front of you is flaky – and right now it is – why would we assume instances of Windows running somewhere else will be more reliable?

Call it the anti-halo effect: dreadful Windows software takes the shine off the cloud too.

Making these changes will take time – especially if hiring is involved. But QA is broken, and Windows is broken. Someone has to grasp the nettle. ®