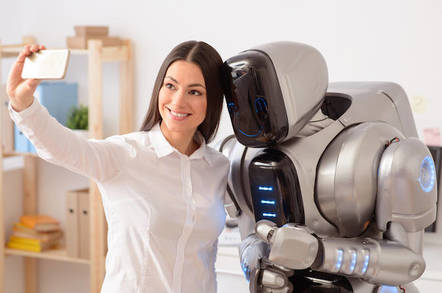 Roundup Hello, here's a quick roundup of interesting or useful bits of AI news that happened this week.

The library, dubbed TRFL (pronounced truffle), contains a list of components commonly used by DeepMind when building RL algorithms for deep learning on top of TensorFlow.

RL agents are programmed to receive rewards when they get closer to learning how to complete a certain task carried out in typically virtual environment. Tasks can include things like playing games or driving on simulated roads.

It means that a RL system is made up of many parts, including a model of the environment, reward and policy functions. Things can get messy, and these systems often have bugs that are difficult to spot.

DeepMind hopes that by publicly releasing TRFL, it’ll help reduce bugs and help other researchers replicate results published in papers. Rather than releasing piles of code for different agents, the library is designed to help coders recreate and build new ones.

“The TRFL library includes functions to implement both classical RL algorithms as well as more cutting-edge techniques. The loss functions and other operations provided here are implemented in pure TensorFlow. They are not complete algorithms, but implementations of RL-specific mathematical operations needed when building fully-functional RL agents,” it said.

You can use it here.

OpenAI Winter Scholars: OpenAI announced it was looking for a second cohort of budding AI coders to join its OpenAI Scholars programme.

It’s open to anyone from underrepresented groups in science and technology, who is interested in deep learning. No prior experience with AI is needed. Some of the projects from last year’s scholars included using neural networks to create music and artwork or as a very basic physics engine.

At the start, scholars will study the subject before embarking on a mini project. They will also receive a $7,500 stipend every 30 days for three months from January to March 2019, as well as $25,000 Amazon Web Services credits.

You can apply here.

Pixel 3 camera uses algorithms to zoom: The resolution of zoomed up images captured using mobile phones is pretty rubbish, so folks over at Google tried to improve this for its latest Pixel 3 smartphone using machine learning algorithms.

RAISR stands for Rapid and Accurate Image Super-Resolution and is a technique that improves low resolution. It was previously introduced by Google in 2016, and is trained by giving the system a pair of images: One low quality and the other high quality. RAISR is taught to manipulate individual pixels to recreate the high-resolution image given a low one.

The latest technology on the Pixel 3 cameras uses RAISR and another method that involves capturing multiple images taken at slightly different angles. The low-resolution images are merged and aligned onto a higher resolution version. There are more details about how the process works here.

If you’re curious about the hardware needed to execute these sorts of programmes, El Reg has more information on that too. ®