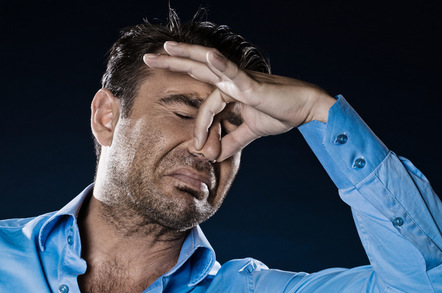 Oh, c'est mal, les punaises diaboliques sont arrivés à Paris! But before you pack the holy water if sojourning in the French capital this winter, you should know a clothes peg might be more suitable.

These "diabolical bugs" – otherwise known as the Asian stink bug – have taken up residence in apartments across the city of love in search of warmth and that famous French hospitality as the autumn chill deepens.

Biodiversity expert Romain Garrouste told newspaper Ouest France: "Since September, we have been overrun by calls and sightings from inhabitants in nearly every Paris arrondissement from north to south.

"For this insect, this time of year marks a period of investigating possible hibernation locations for the adults. Our houses are nicely heated and sheltered, making them perfectly welcoming."

Halyomorpha halys originates in the Far East, countries like China, Japan, the Korean peninsula and Taiwan, but has managed to establish a presence in Europe and is considered a pest in the US since its accidental introduction in the late '90s. They eat everything and cause millions of dollars worth of damage to American and Asian crops.

In case you notice something creeping over your hotel pillow, they're brown-grey insects with small white marks measuring between 12mm and 17mm. So what's all this stink about? If threatened, the critters emit "a pungent odour that smells like coriander". It's a defence mechanism to prevent them being gobbled by birds, lizards and the like.

Doesn't sound that bad. Their devilish reputation with the French is likely down to the fact they are notoriously difficult to get rid of once entrenched in la maison, breeding like the clappers.

Maybe Parisians should look on the bright side – their fair city has an unfortunate reputation for, shall we say, aroma d'urine, and needs all the help it can get covering up that stench. Good work, Asian stink bugs. ®