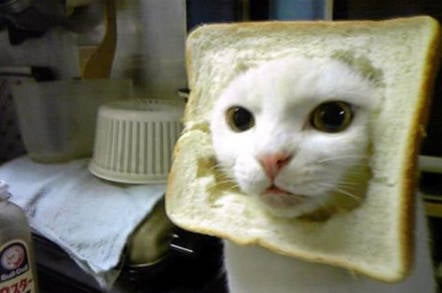 Plus-sized pea-brained progenies, sorry, impressionable youths pile on the pounds because they're using internet memes as a handbook for living life.

This is according to university researchers who say viral images online are contributing to unhealthy behavior and things like obesity in young people. A letter [PDF] provided to the UK Parliament by Loughborough University – or should that be, Lol-borough University – reasons in a roundabout way that young people who are bombarded with memes are getting the wrong idea about healthy lifestyle choices.

"With the prevalence of social media as a source of health knowledge among young people, and indications that internet memes may be playing a part in a general apathy towards behaviours that ridicule individuals and groups who display 'non-normative', 'fat', 'unhealthy', 'irresponsible', 'at fault' characteristics, the risks that this poses to future generations and our youth are noteworthy," the brainiacs write.

Translation: kids looking at memes all day start thinking like memes. Messages like "Lol what's exercise?" are internalized, persuading youngsters to skip workouts. It's almost as if misinformation has a negative effect on people!

Part of the problem, say the researchers, is that kids associate memes with happiness regardless of the message. This means that when kids see memes that joke about dieting or body image, they will draw positive associations with it.

The worry is that those associations then end up influencing their decisions as well as their self-esteem and confidence. In short, the bad memes end up creating the same reaction in the brain as the good ones, according to this bonkers study. 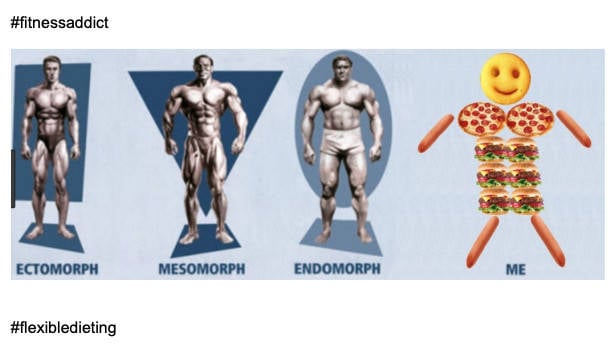 One example of an "unhealthy" meme

"It is worrying that internet meme content - which, by definition, has come to represent the internet-fuelled propagation of items such as videos, jokes, rumours and websites– produces a predominate sense of happiness regardless of the underlying tone or image used," the researchers write.

"If this is the broader case then we run the risk of normalising and accepting ridiculing and stereotyping of 'non-normative', 'fat', 'unhealthy', 'irresponsible', 'at fault' individuals because of cultural ignorance."

As is usually the case with these sort of things, the researchers conclude their paper with the declaration that further studies are needed to really understand the issue and find how to effectively counter it.

"This kind of social media content has largely gone unnoticed, and its effects, impact, prevalence and virality are, at best, poorly understood," the Loughborough report reads.

"It is hence important to investigate this area and seek to impact on social policy initiatives (such as those that emerge from this inquiry) as the potential impact of internet meme appears to be harmful and yet this harm is hidden in images and text." ®