Was your anti-surveillance letter sinkholed? Write a blog about it 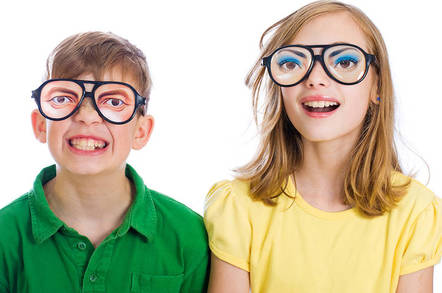 Seemingly annoyed at being ignored, an anonymous person claiming to be an Amazon employee has repeated demands for the online behemoth to stop selling its Rekognition product to American police agencies.

In an anonymous letter posted on the Medium blogging site, the author – who claimed to be a current Amazon worker – alleges that a letter was sent to chief exec Jeff Bezos "and other executives" demanding that they not only discontinue the Rekognition police facial-recognition tech but also sever commercial ties with Peter Thiel's big data analytics outfit Palantir.

Though the post did not reproduce the letter, it appears to be the same one that was written in June making much the same arguments as the Medium blogger. That letter was posted on an internal staff wiki. Reading between the lines, it appears that Amazon's managers didn't respond in a way that pleased the blog post author – so he had another go at drawing attention to it, four months later.

Palantir has financial links to the CIA spy agency, via the latter's In-Q-Tel venture capital arm. Palantir flogs software to spooks and others for surveillance purposes and mapping trends of human activity for later exploitation.

Adopting the language of social justice activism, the blog post's author states that if Amazon does not end these products and commercial ties "the harm will be difficult to undo".

Amazon is designing, marketing, and selling a system for mass surveillance right now. Amazon's website brags of the system's ability to store and search tens of millions of faces at a time. Law enforcement has already started using facial recognition with virtually no public oversight or debate or restrictions on use from Amazon.

"Why are we building this?" wails the letter's author. "We all have the right to go about our lives without being constantly monitored by the government."

Tech workers in the US have increasingly begun kicking back against their employers' gleeful adoption of US military contracts. Earlier this year Google pulled out of Project Maven, which would have used its cloud-based AI to analyse American drone footage, while Amazon has already been criticised for the Rekognition project by the American Civil Liberties Union for the huge and obvious potential for misuse of such a powerful surveillance product.

Such technology is already in use in China, not a country known for its socially liberal attitudes.

For several months Amazon Web Services has offered a Secret Region, capitalised emphasis and all, in a direct push to attract more classified US government work. That attracted praise from, of all people, the CIO of the CIA, one John Edwards, who described it as "a key component of the Intel Community's multi-fabric cloud strategy" – thereby proving that even spooks aren't immune from marketing babble.

Amazon did not respond to our gentle query as to whether it wanted to respond. ®