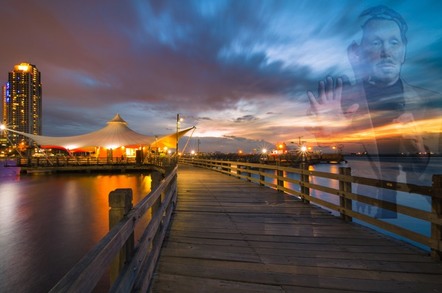 The Eclipse Foundation, saddled with oversight of Java EE last year after Oracle washed its hands of the thankless business of community governance, wants to revise the process by which enterprise Java – rechristened Jakarta EE when Oracle declined to grant use of its Java trademark – gets improved.

Mike Milinkovich, executive director of the Eclipse Foundation, on Tuesday posted a draft of the Eclipse Foundation Specification Process (EFSP), seeking community review and comment. The intent is to replace the Java Community Process (JCP), the current system for evolving the technical specifications related to Java technology, as least as it applies to the enterprise flavored brew of Java.

The need to replace the JCP for Jakarta EE arises from intellectual property concerns. As software developer Richard Monson-Haefel observed over the summer, "Unfortunately, Oracle was not able to donate all of the Java EE 8 specification documents (e.g. JMS, EJB, Servlet) because these specifications were developed under the Java Community Process and included the efforts of hundreds of people, many of who are not Oracle employees."

"We want to design a specification process to replace the JCP," explained Milinkovich in a blog post. "While there are many differences with the JCP, the key objective was to make the whole process as lightweight as possible."

Milinkovich cited other goals as well: Making the specification process as much like open source development as possible; reusing the Eclipse Development Process where possible; embracing a culture of experimentation; and ensuring that the tech specs derived from the planned EFSP are high-quality (which includes respecting IP concerns).

Oracle pours a mug o' Java 11 for its addicts, tips pot of Binary Code License down the sink

To assure such quality, the EFSP introduces a class of community member called "Participants," code committers from companies with IP (e.g. patents) related to a Spec Project. It also contemplates an extra level of approval for releases from Spec Projects.

Those with an interest in having their say are encouraged to chime in, preferably via Jakarta EE Community mailing list, or, if you must, through a comment appended to the shared spec.

On a related note, a survey of Java developers published on Wednesday, conducted by security biz Snyk and Oracle-owned Java Magazine, suggests the patient has stabilized.

"This is the first major survey that does not show an overall decline in Java EE adoption and in fact seems to indicate a mild recovery (about 4-5 per cent compared to previous renditions of the survey)," said Reza Rahman, former Java EE/GlassFish evangelist at Oracle, in a mailing list post.

"In addition, it shows fairly strong adoption of Java EE 8. Not anything to be ecstatic about but certainly not as worrisome as some of these surveys have been in recent years." ®