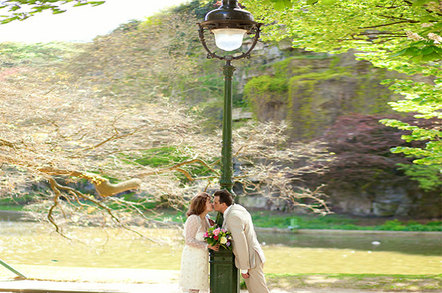 Earlier this week, Arm drew Intel into its warm embrace when Chipzilla joined its Pelion IoT platform. The Softbank-owned design house has said it's now preparing to release a Linux-based OS, taking advantage of the Intel-backed Yocto Project tools.

Arm's Mbed Linux OS takes the company's Internet of Things-focused realtime software stack Mbed, and runs it on the Linux kernel, with a particular focus on Cortex-A system-on-chips, and packages it with Yocto Project tools and recipes. That project is heavily supported by Intel, which co-founded the effort, which helps engineers build Linux-powered embedded electronics.

Mark Knight, an Arm product director, explained this week that the Mbed community has been working to strip down and harden the operating system, make it suitable for devices that live longer than the handful of years expected of laptops or phones, and need secure update and remote management mechanisms.

Modern SoCs give devices the computing grunt needed to “handle complex workloads more autonomously, improving availability and placing fewer demands on connectivity to the cloud or edge gateway,” Knight said, and the Mbed Linux OS will be designed to take advantage of that.

“Will be” because it's not yet ready to ship: “We'll release a developer preview later in the year and expect to release the first public version in spring 2019.”

The list for the OS includes secure, signed boot and updates based on Arm's Platform Security Architecture; a bunch of associated open source test suites; Open Container Initiative (OCI) support, so it's easy to quarantine compromised applications; and Pelion integration.

The Pelion platform grabbed headlines earlier this week when Intel joined up (because IoT security sucks so badly), and for Mbed Linux OS, Pelion will provide lifecycle management (provisioning, connectivity, and updates) and the Pelion Device Management Application will get rid of the serial connections that infest IoT configuration.

Arm-based development boards will be supported, and while Knight doesn't identify which, Raspberry Pi and Arduino are probably safe bets. “Mbed Linux will help you to utilise the best hardware that’s suited to your application today and make it easier to migrate to even faster devices when these become available,” Knight's post stated. ®

SoftBank sells off more than half of Arm China for a bargain $775.2m