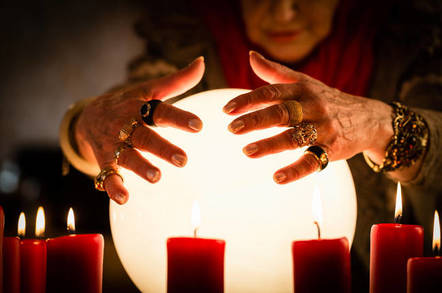 Apple will abandon Intel processor chips for its Macs in favour of homegrown Arm-based chips, according to a securities analyst. Formerly at KGI, Ming-Chi Kuo of KeyBanc Capital Markets, has a strong record of reliable Apple predictions.

Kuo issued the prediction in a research note, suggesting the switch would be made in 2020 or 2021, adding to similar claims earlier this year that prompted a nine per cent fall in Intel’s share price.

Three factors are behind the decision. First, today's mobile chips are powerful, with dedicated GPUs, math and AI accelerators, and several cores spinning up and down depending on how much work is to be done. Secondly, Apple’s homegrown A-series chips used in its iPhones are now extremely competitive, making the switch from Intel x86 to its own Arm-compatible silicon more financially attractive as Apple controls the supply chain and can enjoy scale advantages. Apple has an Arm architectural license, meaning it can cook up its own Arm CPU cores as required on its own, and has a strong internal silicon design team – the ingredients needed to craft competitive mobile and potentially desktop chips.

And thirdly, it reduces risk, given Intel’s ongoing supply issues.

This wouldn't be the first time Apple has shifted the underlying hardware of its Mac operating system. The iPod giant announced its plan to move OS X to Intel from PowerPC in 2005, having come close in the early 1990s, only to get cold feet, with the first Intel-based Macs appearing in 2006. Real-time emulation (a la Rosetta) was needed to help get it over the line. It probably won't be absolutely necessary this time around – for one thing, there's now the centralized Mac App Store that can push out Arm ports to users. Still, emulation is an option.

Don't forget, an Apple intern was able to port OS X from Intel x86 to Arm in 2010. The operating system's ancestor, NeXTSTEP, was designed to be portable, too, and able to run on NeXT computers' CISC-y Motorola 68000 processors as well as x86, SPARC, and HP PA-RISC silicon. MacOS's support for fat binaries – executables built for multiple architectures – would also alleviate some pain from shifting to Arm from x86.

Steve Brazier, CEO at Canalys, said at his Channels Forum last week that he expected all Mac models to have moved off Intel by 2020, adding: "It's odd that the Apple hasn't refreshed the Mac line." ®