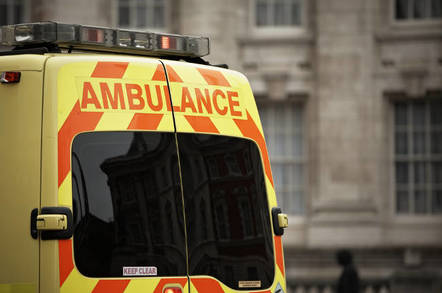 The Home Office has admitted a three-year delay to the rollout of the UK’s new 4G Emergency Services Network will cost £1.1bn – but insisted it will still demonstrate value for money.

The Emergency Services Mobile Communication Programme – launched in 2015 with an aim of switching off the Motorola-owned Airwave radio service by 31 December 2019 – has been fraught with delays.

Following a review, the government last month quietly revealed a new “strategic approach” that will see Airwave’s lifespan extended to 2022.

It also plans to offer users early access to some of the new services, which it sold as a way to give greater choice – but police officials this week expressed concerns about a disparate, phased introduction of a service so crucial to public safety.

And the Home Office has come under fire for the way it announced these changes, offering precious little information in the public statement, and only slightly more detail in a letter (PDF) sent to MPs on the Public Accounts Committee last week.

Indeed, committee chairwoman Meg Hillier said she was “dismayed” by the content – or lack thereof – in the statement and the letter, saying it was “frankly unbelievable” that there was no mention of the costs.

Her comments were directed at Home Office permanent secretary Philip Rutnam during a heated evidence session in Parliament last week, in which he was forced to reveal that the cost of extending Airwave by three years was £1.1bn.

Rutnam was reluctant to provide further details about the “incentive arrangements” he said had been part of the deal with Motorola, which is delivering a new solution as under the programme as well as running the existing Airwave system.

He said the full revised contracts, for which the heads of terms have been agreed on, would be complete at the end of the year.

The exec was also insistent the Emergency Services Mobile Communication Programme (which Hillier suggested had been named to avoid the negative results a Google search for “Emergency Services Network” would throw up) was value for money.

It has been estimated that moving police, fire and rescue and ambulance services off Airwave and onto a 4G network will save £200m a year, partly due to devices that cost about £500 less each year.

However, the extra cost of extending Airwave – and the fact some emergency services have now had to buy Airwave handsets to replace defunct kit – made the committee question how long the programme could be pushed back before the savings were wiped out.

Rutnam argued the ESN was the only alternative to Airwave, and that – since the new system would be cheaper than Airwave – the project would remain good value for money.

This attitude incensed MP Lee Rowley, who said Rutnam was brushing off “dramatic and vast cost overruns”, and that it boiled down to saying the government was “happy to shovel money in” for any amount of time.

“I am supposed to believe, on the basis of a two page letter that explains nothing, that everything is fine?” he asked Rutnam, adding that the situation was ludicrous.

Sitting in on the session were two members of spending watchdog the National Audit Office, who said that any erosion of the initially projected benefits of £3.6bn – defined in the 2015 business case – was a risk to its value for money.

Chief exec Amyas Morse noted that Rutnam had not been in charge of the project for its whole run, and that if the ESMCP had been “run with delay and unnecessary expense” until the leadership change “then that isn’t value for money”.

Rutnam, though, remained mealy mouthed in his responses, refusing to comment on the previous regime’s efforts – and left the committee visibly irritated.

Meanwhile, a separate evidence session with top policing bods indicated that Rutnam’s assurance that there was “strong support” for the programme didn’t show the full picture.

In particular, there are concerns about the Home Office’s incremental approach – where some users will be offered data services over the 4G network from early next year before voice capabilities are available – which Hillier described as a “pick and mix approach”.

When asked about this, Durham Chief Constable Michael Barton said he “didn’t even know what the pick and mix approach” was.

“You’re asking me a question, and none of us know what you’re talking about because it hasn’t actually been designed,” he told the MPs, later adding that he was “not confident we’re going to get anything to replace it [Airwave].”

He said that officers wouldn’t want to carry two handsets, and that it was important that neighbouring forces, or other cross-boundary teams – such as the British Transport Police – were using the same system.

“That’s the only safe way to run policing, because the most challenging bits of policing that we do are...pursuits cross country boundaries, and force boundaries.”

Jane Kennedy, Merseyside Police and Crime Commissioner, expressed similar concerns, pointing out that, in the North West, 4G services might not work in some areas.

“There are some forces, for example Merseyside, that might benefit quite quickly because we’re a relatively small area with no big mountains… but North Wales and Cumbria have real anxieties,” she said.

“As a region, we are holding together because we want to share that risk between all six forces, rather than peeling off and experimenting.” ®