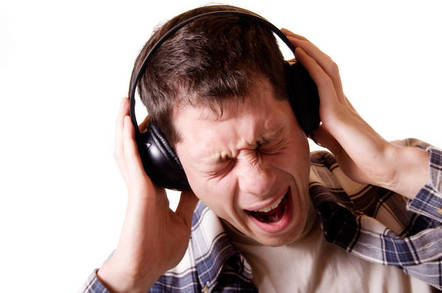 In a reminder of a golden age when we still had physical media, Amazon Music decided to pop on its headphones and chill out to some Harold Budd this morning, leaving users unable to access the streaming service.

Problems began just after 10am (UK time) as users reported that the Amazon app, streaming web site and even the creepy home surveillance, er, automation devices stopped playing music from the service.

@amazonmusic is the app down???

Users noted seeing error messages popping up on the streaming app presumably due to an issue with Amazon’s cloudy platform rather than an AI-infused musical taste checker. We at El Reg have seen the same message appear when we attempted to stream The Liberty Bell march (the only music to listen to when writing a piece about the Windows 10 October Update.)

While the bulk of the reports have come from UK users thus far, issues are also being noted in the US and India.

The Register contacted Amazon to find out what is happening, and when customers will be able to once again enjoy their tunes of choice but we have yet to receive a response. The service has, however, admitted that there are issues via its Twitter orifice.

I'm sorry for the issues you've encountered with Amazon Prime Music. We are working to fix this problem as quickly as possible. Kindly stay tuned. ^21

Those who have not gone all-in on the world of Bezos will be delighted to know that Amazon’s Alexa devices will still happily play music from Spotify, even if the millions of songs trumpeted by Prime Music remain AWOL. ®

Amazon has been in touch to tell us the service is back up and running, but could not give a reason for the downtime.