In Windows 10 Update land, nobody can hear you scream

Probably because Microsoft has accidentally disabled your audio 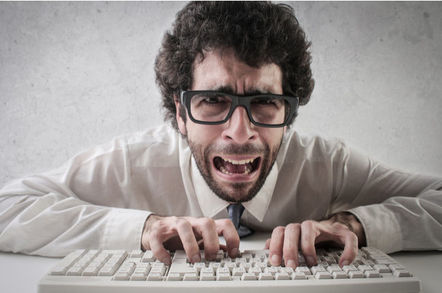 Somebody got a little trigger happy with the big red Windows Update button last week as a broken Intel audio driver was unleashed on users “by mistake”.

It has been a hellish couple of weeks for the Windows giant following the launch of the troubled October update for its flagship operating system. Not content with Display Audio issues, mysterious file deletions and borking HP computers thanks to a “known incompatibility” with drivers for an obscure bit of hardware (aka the “keyboard”), it seems audio is next in the firing line.

The issue was an updated driver, taking the Intel Audio Controller to version 9.21.0.3755, which left some users shouting on social media while their PCs remained stubbornly silent.

As a sad-faced engineer in a high-visibility vest reset the “days without a Windows Update incident” clock back to zero, Microsoft rapidly pulled the update to work out what was happening.

According to the software giant, the Intel driver was “incorrectly pushed to devices via Windows Update” and advice was published on manually rolling back the borked update.

Microsoft pushed out an update to fix the broken update for version 1709, 1803 and 1809 of Windows 10 over the weekend in the form of KB4468550. Some users, however, may believe that letting the Windows Update bull loose in their OS china shop to glue back together what it broke last time may be a step too far.

Microsoft is to be commended for its swift action in identifying and dealing with the problem. This does not, however, excuse the pushing out of code via Windows Update that, once again, left a portion of users with broken computers. We’ve contacted Microsoft to find out how this driver found its way into the update package and will update when we get a response. ®