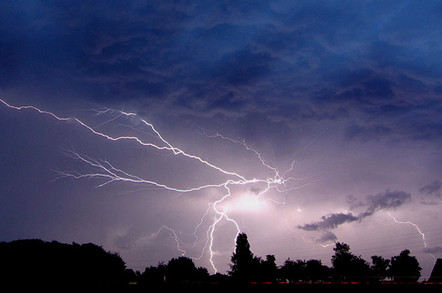 Fujitsu has taken the K5 platform for a long walk off a short pier, sending the hybrid cloud service to a watery grave - to stretch the metaphor - just a year and a half after its UK launch.

K5 came in various flavours: it was sold and deployed as public, private virtual or private hosted service in a data centre operated by Fujitsu or in a private cloud run on-premise.

The OpenStack-based service was rolled out in Japan at the end of 2015, reached UK shores by summer the following year and then went onto a bunch of other territories including North America in 2017.

In a statement, Fujitsu confirmed it was killing off K5 in all sales regions outside of Japan.

“In order to strengthen customers’ digital transformation, Fujitsu has redesigned the services and products that it provides in the MetaArc digital business platform,” a spokesman told The Reg.

“At this point, Fujitsu has decided to focus on its multi-cloud integration and operations services to address the growing industry-wide cloud skills gap. As a result, we are withdrawing from further sales of Cloud Service K5 outside of Japan, with immediate effect.”

“We are investing in deepening and expanding our collaboration with hyper scale cloud vendors and technology providers and combining these with our world-class system integration and management capabilities to offer our customers a richer lineup of multi-cloud services.”

K5 was the heart of the MetaArc platform and Fujitsu made a big deal out of the fact it supported four cloud flavours and that all dev work was spent on scaling OpenStack.

It supported OpenStack, VMware and Bare Metal, and included IaaS, network and platform-as-a-service. In marketing material, Fujitsu has said that “unlike” other vendors, it delivered “end-to-end enterprise cloud services using our in-house expertise and knowledge”.

Company insiders told us the death of K5 was not a surprise. One said:

“It was almost impossible to get anything running on K5 without decent Python skills since its web GUI was basic OpenStack and rubbish. I know of at least one contract we lost because of its opacity.”

Fujitsu’s preferred cloud is now Azure, staff claimed, “though they don’t want us to tell anyone we have a preference.”

The loss of K5 won’t be mourned by Fujitsu techies as the cloud was delivered and in some cases run by techies in the company’s Poland, Russia and India units.

And so there it is: another old world tech vendor gives up on their own cloud provision. HPE did the same thing in 2016 when it took Helion out the back for a swift conversation that ended badly for that particular OpenStack-based service. ®