Microsoft Surface Pro 4 owners: So, about that other broken update…

Fondleslabs continue to be borked by flaky firmware 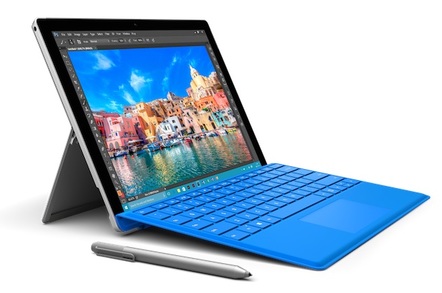 Unhappy Surface Pro 4 owners continue to fill Microsoft's support forums with complaints over an update that is leaving the touchscreen untouchable.

We first noted problems back in August after readers got in touch to complain about their beloved devices becoming little more than slightly broken laptops after the update.

The problems have not gone away, and the complaints keep flowing in, indicating that something is indeed amiss. Reg reader Ian James helpfully provided a screenshot showing updated Surface Firmware making an appearance on 6 October. After installation, his pricey tablet exhibited behaviour all too familiar with other victims of the update – no prodding of the screen allowed, an iffy power button and a lengthened startup time.

A Microsoft representative posted an update in a support forum that the company was "actively" investigating the issue and would publish a fix, and that users should continue checking for updates. The post received a tweak in September, but nothing to indicate when a fix would come.

More than a month on, the post has hit 459 replies, users are still waiting and the defective firmware is still being flung at the premium devices.

Since the majority of the afflicted machines (and, to be fair, the problem does not affect all Surface Pro 4s) are now out of warranty, getting a replacement is proving difficult. Some users have been offered a reconditioned replacement. Others have been less fortunate.

One user, "curchep", reported being instructed by the Surface maker to go to the nearest Microsoft Store in order to buy a new Surface Pro.

There are two problems here. The first is that curchep is UK-based and Microsoft has yet to open a store in the country. The second is that it seems a little unfair to have to shell out for a new device if the previous one was borked by an update.

Some legal sabre-rattling in the form of a threat of a visit to the UK Small Claims Court, at least according to curchep, finally persuaded Microsoft that maybe a replacement would be a good idea.

In the absence of an official line on the matter, users have reported their own interactions with Redmond. One, "EchoXane", claimed on 28 September to have spoken to Microsoft and said they had been told that no fix would be forthcoming and the only option users would have would be via an exchange programme. Another, "Xendrome", reported being told that the issue was to do with a driver mismatch and that work on a patch was indeed under way.

We've contacted Microsoft for comment on the issue and will update if a response is forthcoming. ®