Punkt: A minimalist Android for the paranoid 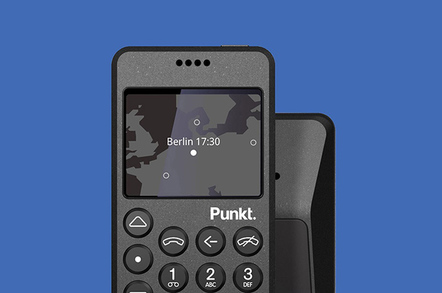 Readers cry out for more diversity in the phone world, but few alternatives are as striking as Punkt's take on Android.

Petter Neby, founder and CEO of the Swiss design-led company, told The Register Punkt's second device is coming to market this year with an unusual USP – security hardening by BlackBerry.

The eye-catching MP02 closely resembles the first 2G device, designed by Jasper Morrison, whose work spans light rail vehicles to furniture. But it's the first built on a Google-free AOSP Android code base to support 4G. Neither Punkt phone is cheap – the MP02 retails at $350.

And it resolutely won't do WhatsApp. 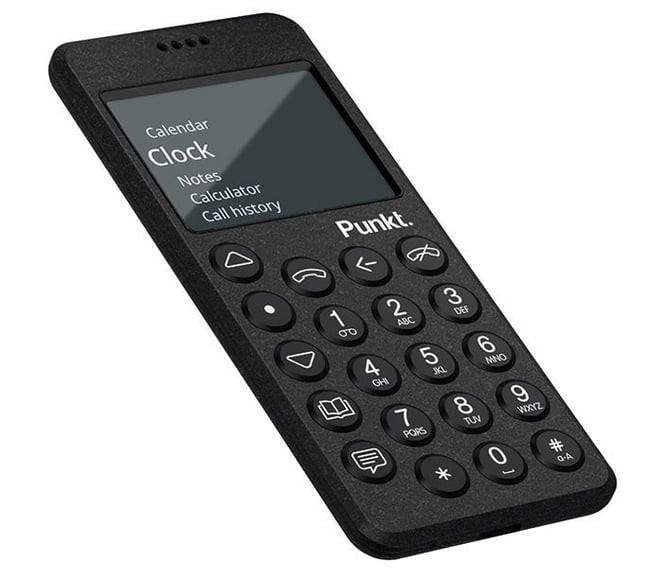 Isn't it daunting selling a phone that, er, doesn't do very much?

"It's all about what it doesn't do," Neby said. "This is a minimalist phone, a focused phone. It just makes calls very, very well, does messaging, and acts as a LTE modem for your other devices."

The D-word did slip out but we were swiftly corrected.

"This is not a dumb phone. It's a minimalist phone."

As for WhatsApp, Neby said consumers probably have "four or five devices" that do WhatsApp already. The battery should last 12.5 days on standby, even with Android inside.

BlackBerry is well out of the phone handset business, but back in the day it gave each device a unique crypto identifier, and a few years ago acquired Certicom. BSIMS is an attempt to turn a process into a service for third parties.

"You can't boot a non-BlackBerry-approved OS on a secured device," said Alex Thurber, GM of BlackBerry Mobility Solutions. "We've had a very specific situation where the assembly line at one of our licensees ran a number of units through our workstations with the wrong OS – it was an insecure development version of the OS – and they had to throw the units away. That was an expensive mistake."

In the three years since the Priv launched, BlackBerry has yet to see it rooted. BlackBerry wants IoT device manufacturers to adopt this as a quality mark. With so much insecure home tat flying in from China, consumers and industrial buyers need all the help they can get.

Neby told us he's keen to get basic voice recognition into the product – to perform tasks like turning on the radio and making a call – but has privacy concerns about Google.

"It's difficult for us to work with Google on their terms," he said. There are also UI demands with Google Assistant – the Punkt phone's display is limited by design.

Punkt didn't disclose details of UK distribution, but expects to ship in around eight weeks.

With demand to get away from always-connected distractions growing, the appeal of the Punkt is maybe less esoteric than you think, especially with the BlackBerry security brand. There may be worse ideas than running a Punkt alongside a Gemini to do all that other stuff. ®