Remember the days when you didn't have to charge your phone several times a day? 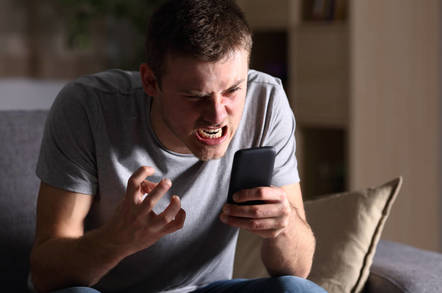 The system, dubbed DiffProff, will be presented this week at the USENIX Symposium on Operating Systems Design and Implementation conference in California, was developed by Charlie Hu and Abhilash Jindal, who have a startup devoted to better battery testing via software.

DiffProf rests on the assumption that apps that carry out the same function perform similar tasks in slightly different ways. For example, messaging apps like Whatsapp, Google Hangouts, or Skype, keep old conversations and bring up a keyboard so replies can be typed and sent. Despite this, Whatsapp is about three times more energy efficient than Skype.

"What if a feature of an app needs to consume 70 percent of the phone's battery? Is there room for improvement, or should that feature be left the way it is?" said Hu, who is also a professor of electrical and computer engineering at Purdue University.

The research paper describing DiffProf is pretty technical. Essentially, it describes a method that uses “differential energy profiling” to create energy profiles for different apps. First, the researchers carry out a series of automated tests on apps by performing identical tasks on each app to work out energy efficiency.

Next, the profile also considers the app’s “call tree” also known as a call graph. These describe the different computer programs that are executed in order to perform a broader given task.

A volt out of the blue: Phone batteries reveal what you typed and read

Apps that have the same function, like playing music or sending emails, should have similar call trees. Slight variances in the code, however, lead to different energy profiles. DiffProf uses an algorithm to compare the call trees and highlights what programs are causing an app to drain more energy.

Developers running the tool receive a list of Java packages, that describe the different software features, which appear in the both apps being compared. They can then work out which programs in the less energy efficient app suck up more juice and if it can be altered or deleted altogether. The tool is only useful if the source code for similar apps have significant overlap.

The researchers used an Android device to test eight different app groups that perform various tasks such as streaming music, scanning for viruses or sending emails. They found that Soundcloud saps more energy than Spotify or Pandora.

Google Hangouts was less energy efficient than Facebook’s Messenger or Whatsapp. DiffProf even managed to spot bugs wasting energy in Kaspersky antivirus mobile app and Pandora. Both bugs were confirmed and the Pandora one was fixed afterwards. ®