On the third day of Windows Microsoft gave to me: A file-munching run of DELTREE 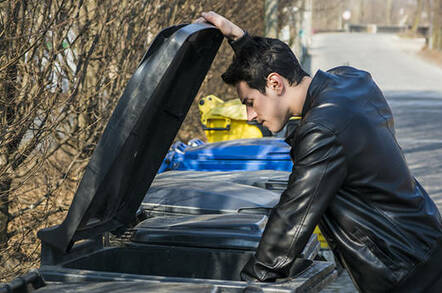 A concerned Windows 10 user hunts for his missing files

Updated Folk keen as mustard to get their hands on the Windows 10 October 2018 Update have reported files being mysteriously deleted by the upgrade.

It was all supposed to be so much better this time around. Fewer features, more time spent fixing bugs, and yet here we are. Hot on the heels of the issues afflicting Intel display audio drivers has come a growing wave of reports of precious documents going AWOL during the update.

Unlike the Intel issues, Microsoft has remained tight-lipped. The Register contacted the Windows maker to find out if it was aware of the issue but received no response.

While some enterprising souls have used the situation as an opportunity to sell file recovery software, affected users have been scrambling for backups in the hope of getting back precious data including photographs and video.

As yet, there is no clear pattern or way to predict if a user will be affected - everything seemed to go smoothly for us. However, there are now enough reports on Reddit or Microsoft's own support pages to indicate that something is indeed amiss.

The problem appears to be that data stored in a user profile directory can be deleted. Permanently. Thus users who have cheerfully performed the update found themselves with a lot more disk space but none of their precious files. One Redditor reckoned that all files in their <user>\Documents folder had gone but, on the plus side, there was now an extra 60GB of disk space. Yay Windows.

In the absence of comment from Microsoft, users are performing their own investigations. Some have suggested the problem may stem from using the Windows Upgrade assistant or installing from an ISO image rather than using Windows Update.

Another afflicted user found entries in the migration log files that pointed to some potential nasties during the profile merge process. Others have reported seeing entire user profiles deleted, possibly as a result of overenthusiastic application of group policies aimed at tidying up older profiles upon restart.

A number of Windows Insiders had also complained about mysterious data deletions in the run-up to release, but Microsoft would never have unleashed the upgrade knowing that there were issues, right? Apart from that whole Task Manager thing, of course...

While Windows 10 does include new functionality that can wipe out a download directory and clear "Temporary files that my apps aren't using" in the form of Storage Sense, the reported issues seem a whole different ballgame.

Knowing that there is a slight possibility that things could be wiped following the update will make the whole process just that bit more thrilling.

So check your backups or just hang fire for a bit, m'kay? ®

Redmond has sent The Reg the following statement:

“Microsoft is aware of these reports and actively investigating."