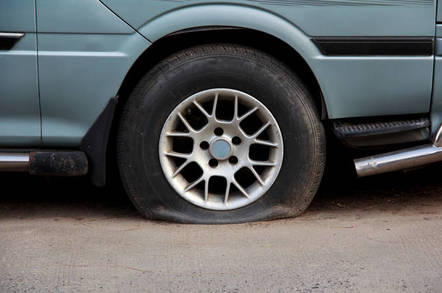 IBM’s profits are in a “likely irreversible structural decline”, according to a house of analysts that isn't convinced the company is in a position to grow anytime soon.

"We love this 100+ year-old American icon, and support management's turnaround strategy, but six+ years in, the company's recovery remains protracted and uncertain, with only ~25-30% of revenues in growth areas, and at least 1/3 of revenues – and a larger fraction of profits – in likely irreversible structural decline," MoffettNathanson analyst Lisa Ellis wrote in a note sent to its clients on Thursday, as reported by CNBC.

Ellis went on to criticise Big Blue for relying on revenues from “areas with limited growth”.

“Much of the rest of IBM's portfolio (we estimate ~$33B) is in structurally declining areas of Enterprise IT, so while the declines may be slowed, they cannot be reversed," she argued in her note.

Mainframes spring to mind. Mainframes - specifically maintenance - is still bringing home the bacon for Big Blue for the time being, but it is a slow secular decline.

These sentiments were previosuly voiced by Wall Street analyst Bernstein, who also criticised IBM's six-year share buyback plan, claiming it should have spent that $92bn on strategic buys instead of helping to prop up the value of the stock.

As of IBM's calendar Q2 results, Bernstein reiterated that it remained unconvinced Big Blue was showing sufficient signs of a turnaround and that its strategic imperatives - cloud, mobile, social, security and analytics - weren't growing quickly enough to offset declines in the legacy side of the portfolio.

Bernstein and MoffettNathanson aren't alone. A contributor to the Seeking Alpha financial website, which covers stocks, shares and investing news, wrote in an advice column only yesterday that “If you can tolerate a 33% drop in IBM [share price], and don't think it will fall below that, I suppose you can take your chances.”

IBM has the appearance of a business that may well be broken up - in the same way HP was - with the growth areas lumped together and a new home found for the less desirable bits. This is just purely speculation though.

Separately, IBM UK’s latest financial results for 2017 revealed that revenues had shrunk by 4 per cent year-on-year, though hardware sales had grown by a few millions of pounds. Services revenue (including cloud and consultancy) fell by around £150m over the year. Current thinking across the sector is that legacy on-premises computer networking equipment ought to be in decline as companies give up on maintaining their own core IT and move everything onto the cloud. However, IBM’s cloud efforts have been slow at best.®

Exclusive You lot can keep the blinkenlights flashing but you'll have to be TUPEd from BT...