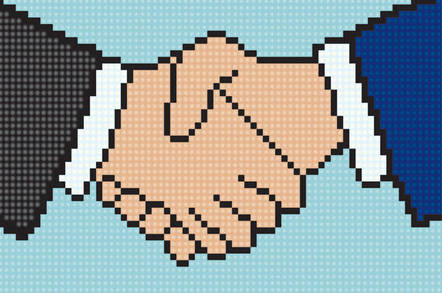 The automated threat detection software firm’s initial funders included Dell Technologies Capital, and it has claimed to have 6,000 customers including big dogs such as VMware.

“That [buy] is significant given the growing volume of information and applications both public and private sector organisations are shifting off-premise to meet cost optimisation and digital transformation requirements,” wrote analyst Martin Courtney of Techmarketview.

He added that Redlock’s flagship product, its Cloud360 compliance assurance software, is probably the chief target for Palo Alto’s buyout. Integrating that into its lineup will be its key challenge, he added.

“The acquisition of RedLock will add critical security analytics capabilities across multi-cloud environments to our extensive cloud security offering,” said Palo Alto Networks in a statement.

Redlock said its analytics wares can detect a disturbance in the force, when, for example, a dev accidentally leaks cloud access keys on a well known repositry, such as Github, and a hacker then lifts these and attempts to use them to log into that cloud service.

"[Our] fast analytics detect that the key is being used in an unusual location to perform an unusual activity – and immediately alerts the SOC team, with a full history of all activities associated with that key.”

And they're sitting on a giant cash pile, much to chief exec Nikesh Arora's glee

No, not the fictional energy sword, the machine learning hacker sniffer

ServiceNow pals up with Palo Alto and ties up with Tanium

Security ops service adds more sources telling you when to panic, and how much