Keeping code and cash flowing through the firm's pipelines 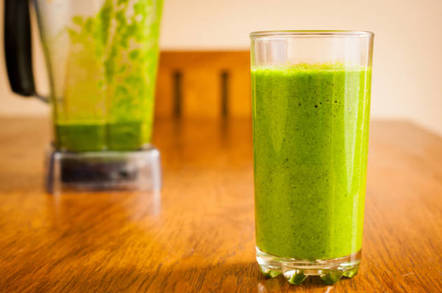 California-based JFrog's Enterprise Plus platform hands customers an end-to-end pipeline to control binaries from build through to production. The company likes to stretch that "pipeline" metaphor a little further with CEO Shlomi Ben Haim saying: "Software updates need to flow seamlessly, like water running through pipes." Presumably without springing a leak somewhere down the line.

JFrog's suite currently comprises Artifactory, where artifacts can be stashed and used, according to JFrog, by more than 5 million developers as their system of record when building and releasing software. Xray deals with security and compliance checks. Mission Control provides a dashboard to keep an eye on the whole pipeline. Rounding out the line-up is Bintray, which packages up artifacts and flings them at the distribution channel.

Keen to emphasise its cross-platform chops and give developers freedom of choice, JFrog's wares are quite happy on-prem, or atop one of the major cloud providers, such as AWS or Azure.

The $165m investment was led by Insight Venture Partners, and will see Insight managing director Jeff Horing joining JFrog's board. As for what the money will actually be spent on, JFrog remains tight-lipped. A representative told The Register: "We see the continuing increase of 'the edge' into more mobile, web and IoT use cases driving further growth," before adding, "We are also planning to expand geographic markets, but it's too early to announce those at this time."

Since its last round of funding (to the tune of $50m) in January 2016, JFrog has seen sales rise by 500 per cent. The company reckons its Bintray hub now powers 700,000 community projects, distributing 5.5 million releases, which generate over 3 billion downloads a month.

However, it is not the only DevOps game in town by a long shot. Code shack GitLab joined the billion-dollar club in September following a $100m investment from ICONIQ as it aims to realise its "Complete DevOps" vision. With JFrog's "liquid software" ideals also clamouring for attention, developers are spoiled for choice. ®