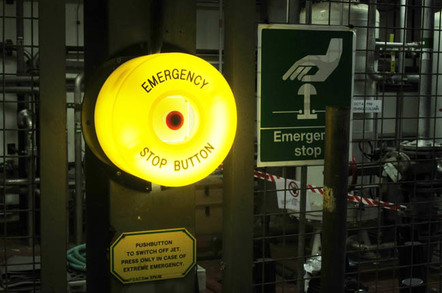 Microsoft has flung out an advisory for some of its on-premises Dynamics 365 customers. Integrated Skype? Turn it off. Turn it off now.

The issue, which could stop a user being able to sign in, affects Microsoft's Dynamics 365 for Finance and Operations in an on-premises environment. A "refactoring" in the way Skype authenticates its users has been blamed.

Skype integration provides real-time presence and communication for Dynamics 365 users, and for some older versions of the Finance and Operations platform the integration is enabled by default. In these instances, Microsoft strongly recommends manually disabling it.

For some, it may not be possible to disable the integration. In that case, Redmond suggests that maybe an update is in order. In later versions Skype integration is disabled by default.

Unsurprisingly, the cloud incarnation of Dynamics 365 is not affected. Only the on-premises version requires that admins take action. As Redmond sniffs: "As an on-premises customer, you are in full control of your configuration options, and Microsoft has no ability to modify your settings."

It does, however, appear to have complete control over borking logins if you're using Skype integration.

Microsoft has not been clear when integration with Skype can be switched back on, saying only that the problem could occur "during this update". The Register has contacted the software giant to get a definitive time frame and will update if one is forthcoming.

The Skype update will happen during the first and second weekends of October, so administrators do not have long to act. And act they must or face the wrath of bean-counters unable to access the enterprise resource planning suite. ®