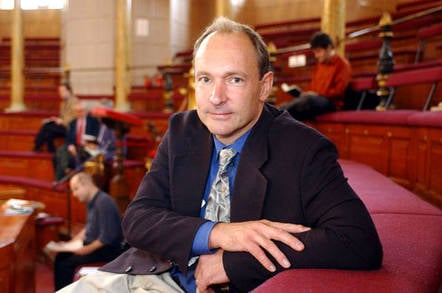 WWW creator Tim Berners-Lee has taken aim at the internet giants with his new decentralised web project Solid, which pushes for individuals, not firms, to control their data.

The inventor is no stranger to public proclamations about the future of his creation, which he has long fought to keep open to all.

But in recent months, his frustrations over the dominance of a small number of platforms and their inability, or unwillingness, to police themselves – despite suggestions that their platforms have been used to influence political campaigns – have become more apparent.

"For all the good we've achieved, the web has evolved into an engine of inequity and division; swayed by powerful forces who use it for their own agendas," he wrote in a Medium post over the weekend.

His concerns centre on the power that companies like Facebook, Google and Amazon wield due to the wealth of data they have amassed, and how they have used it to target groups and individuals to seize more of the market, gain more power and hoard yet more data.

At the same time, any influence customers once had over the firms they bought services from is shrinking. Despite what some firms claim, there is often little in the way of a legitimate alternative to the service they provide, while confusing policies or clever tricks allow them to keep sucking up masses of data needed to feed the machine.

And execs' attitudes are of little comfort to those with an interest in privacy or open data. Mark Zuckerberg uses his self-styled "social mission" of connectedness as an excuse for invasive practices; Google has appeared confused that "clear all cookies" included its own cookies; and most firms are more than willing to push their luck with app permissions.

"People want apps that help them do what they want and need to do  – without spying on them," Berners-Lee said. "Apps that don't have an ulterior motive of distracting them with propositions to buy this or that."

Earlier this year, Berners-Lee said regulation might be the only way to restore the balance – but now he is selling a new model: a decentralised platform called Solid.

"Solid is how we evolve the web in order to restore balance  –  by giving every one of us complete control over data, personal or not, in a revolutionary way."

The open-source project, developed with a team at MIT, "changes the current model where users have to hand over personal data to digital giants in exchange for perceived value", he said.

"As we've all discovered, this hasn't been in our best interests."

The Solid platform will allow someone to create their own personal online data store and then manage access to it, allowing them to link and share data with whoever they want and allow people to look at the same data with different apps at the same time.

The idea is that apps built on Solid would work together, "collaborating and conceiving ways to enrich and streamline your personal life and business objectives", Berners-Lee said.

Another aim is clearly taking tech giants that dominate every facet of our lives down a peg or two. If the big companies weren't able to cling onto everyone's data, smaller companies might get a look-in; a set of Facebook-like apps using only data stored in Solid would give consumers genuine choice.

To get off the ground, though, developers and businesses have to want to get involved. Berners-Lee sold the "multiple market possibilities, including Solid apps and Solid data storage", and insisted that the public would pay for the "quality and assurance" provided by apps that don't spy on them.

However, he acknowledged the effort building the new platform would take – and has therefore launched a startup, Inrupt, to drive development of the platform.

"There are many examples of open-source efforts that have benefited hugely from the contribution of a well-resourced company," he said.

"While the open-source community provides initiative and a deep source of innovation, everyday web users as well as businesses often look for applications and services from a commercial entity that also provides technical support and vital, ancillary business services."

Berners-Lee is taking a sabbatical from his role at MIT, reducing his work with the World Wide Web Consortium to run the company with co-founder John Bruce – who most recently led IBM biz Resilient.

"Inrupt's mission is to ensure that Solid becomes widely adopted by developers, businesses, and eventually everyone; that it becomes part of the fabric of the web," said Bruce, who will be CEO, in a separate blogpost.

"What's equally exciting is the reaction we're getting from potential partners and businesses. There's clearly a growing appetite for Solid; a recognition that Solid can free us from stifling data silos and create a blank slate for innovation."

Bruce and Berners-Lee are confident they can break down the web's data silos, and perhaps the launch coming in the wake of another massive data breach could grease the wheels – but whether they can break the technopoly seems far from certain. ®