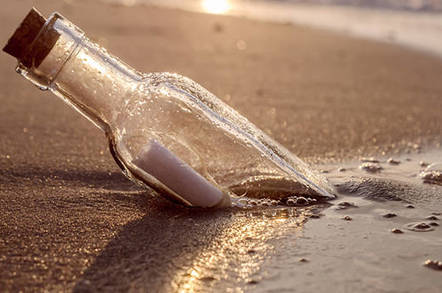 The US Supreme Court has put an end to the embarrassing eight-year legal battle over access to a California beach by refusing to hear an appeal from Sun Microsystems co-founder and obstinate billionaire Vinod Khosla.

The refusal makes it 0-4 against Khosla in his baffling crusade to restrict public access to a beach after he bought all the land surrounding it, and a pathway down to the sea back in 2008.

With his last possible legal escape now shut off, Khosla will be obliged to return to California's Coastal Commission, tail between his legs, to ask for a permit to block access at certain times: a permit that was first requested back in 2010 when he took the decision to shut down access to the beach.

That request is unlikely to be viewed favorably, given that Khosla sued the organization's commissioners personally and drove its staff so crazy during negotiations that they formally recommended the state forcibly purchase a strip of land leading to the beach.

The decision to ask for a permit – confirmed by his lawyers on Monday – also undermines an already shaky insistence that the entire reason for the legal battle was out of principle: that he should not have to apply for a permit to deal with land that he owns.

Despite decades of public access to the popular surfing beach, two years after he bought the land – including the land underneath nearly 50 nearby cottages – Khosla closed and padlocked a gate to the pathway and refused to open it, leading to furious denunciations and then a legal challenge.

Despite claiming never to have visited the site and not to enjoy swimming, Khosla fought the case, going to extreme lengths and paying a stream of expensive lawyers to argue his case through the entire US legal system.

According to Khosla, he is simply standing up for people's property rights. No one should get to decide what he does with his land and he shouldn't have to apply for permission to close it off to the public.

Except he has run up against a long-standing California law, signed in 1976 and fiercely protected by locals, that says any property below the mean tide line belongs to the public and can be accessed by them.

The law was written largely in response to the fact that other states on the West coast of America were increasingly allowing for private stretches of beach and California was determined to protect its coastline from being controlled by the rich and powerful.

Khosla has claimed that the requirement to apply for a permit is "Orwellian" and that the law puts "private property rights in California into disarray." His application to the Supreme Court asked the highest court in the land to review the legality of the law itself.

But before he got to the point of challenging the law in its entirety, Khosla's laywers spent years trying to poke holes in it. The Coastal Act says that public access to the public land i.e. the beach at low tide has to be "maximized" while accounting for "constitutionally protected rights of private property owners."

That provided enough legal wiggle room for countless legal battles. But the image of a billionaire venture capitalist blocking off access to a public beach so infuriated Californians that Sacramento passed a special law to undercut his main legal argument.

Khosla refused to back down however and has fought every decision – all of which have gone against him – insisting that he is doing it on a point of principle.

"If I were to ever win in the Supreme Court, I’d be depressed about it," he told the New York Times in a rare interview on the topic back in August. "I support the Coastal Act; I don’t want to weaken it by winning. But property rights are even more important."

Khosla claimed he wishes "I'd never bought the property… But once you're there in principle, you can’t give up principle."

Where he sees principle, however, most see the singular stubbornness of a man who refuses to be told to do anything that he doesn't want to, and who is willing to use the vast wealth he has accumulated to try to get his way.

He has failed, and in doing so has forever attached his name to a petty fight over a beach that could have been easily resolved at any point with a simple permit application.

There have been several low points during that battle. Key among them are when his lawyers insisted that the state of California pay $10m for the thin strip of land in dispute when it was valued at just $380,000. Suing the Coastal Commission's commissioners personally was also pretty obnoxious.

But the worst part was probably when he not only put up a "Do Not Enter" sign on the public pathway but also hired security guards who arrested five surfers when they jumped over the gate to head down to the beach to catch some waves.

In California, no one messes with the surfers. And in this case, we would highlight one particular surfer: "Birdlegs" gave his thoughts at a public meeting of the Coastal Commission nearly two years ago now. Birdlegs no longer surfs but he did recall that he first started surfing at St Martins Beach back when Eisenhower was president in the 1950s.

His advice? "When dealing with a bully, the best thing you can do is punch him in the nose."

Vinod Khosla just got another punch in the nose. But, like a bad fighter who never knows when to give up, he insists that he'll keep fighting, even as he loses his footing and topples over on the canvas. A rich but defeated man. ®

Half a billion dollars plus of funding, and counting