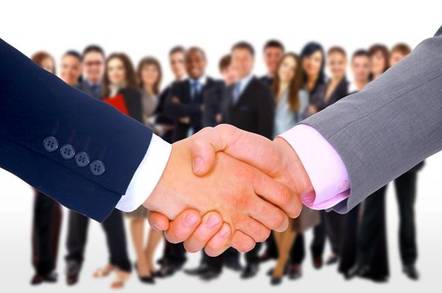 Groupon has managed to secure a money-off deal in its court battle with IBM over e-commerce patents.

The pair have agreed to settle the dispute, with the e-voucher biz set to pay $57m to IBM, knocking almost a third off the price tag granted by a court this summer.

In July, a jury ruled that Groupon had wilfully infringed four of IBM's e-commerce patents and awarded the firm some $83m – about half the $167m Big Blue had initially sought.

However, Groupon indicated at the time that it would consider seeking a reduction, or appealing the decision, and today's agreement suggests it did so with some success.

The lawsuit, filed in 2016, alleged that Groupon had infringed four of IBM's e-commerce patents, some of which date back to the 1980s for the firm's pre-internet Prodigy online communication service.

IBM has pointed out that Amazon, Facebook and Google each paid between $20m and $50m to license the technology, but that efforts to negotiate a licence deal with Groupon had failed to reach an agreement.

In today's statement announcing the settlement, IBM said it had accepted a long-term patent cross-licence agreement with Groupon.

"The license we have acquired to IBM's patent portfolio will enable Groupon to continue to build amazing products for consumers and small businesses around the world," said Groupon's veep of global communications, Bill Roberts.

Meanwhile, IBM said it would "consider making available certain Groupon products and exclusives to its employee base as part of its corporate benefits offer". ®