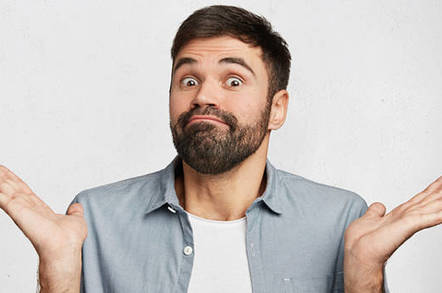 It is possible that Infineon was not as deeply involved in a price-fixing cartel as previously assumed, the European Court of Justice has ruled.

But Philips can suck it.

Infineon appealed its €83m ($97m, £74m) fine, claiming that a lower court had not given it a fair hearing because it only investigated five out of 11 contacts between its executives and those from competitors Samsung and Renesas.

Infineon claims that the court should have investigated all 11 contacts – which happened 15 years ago now - and argues that if it had, it would have found that many of them were lawful.

The court had previously decided that after all the contacts it reviewed showed Infineon execs sharing sensitive information and conspiring over prices for smartcard chips, that the case was proven and fined the company accordingly. Infineon appealed that decision and lost. So it appealed the appeal and the ECJ decided this week it had a point.

"The General Court was not entitled, without misconstruing the extent of its unlimited jurisdiction, to refrain from responding to the argument raised by Infineon," the ECJ ruled, adding: "It confined itself to confirming five of the 11 contacts found in the commission’s decision, whilst leaving open the question whether the commission had also established the existence of the six other contacts found."

The ECJ rejected an appeal by another member of the cartel however. Philips also appealed the €20m ($23m, £18m) ruling against it by claiming that the lower court had applied the wrong legal standard when it considered whether the companies' actions had caused competitive harm. It also claimed that the price fixing wasn't "a single and continuous infringement," and that it shouldn’t have to pay full court costs.

Nope on a rope

The ECJ threw all those arguments out and the fine will stand. Afterwards, Philips accepted it was game over: "The case will now be closed," it said in a statement.

The European Commission found back in September 2014 that Infineon, Philips, Samsung and Renesas had coordinated between 2003 and 2005 to price fix in the European and fined them €138m in total fines.

Renesas was given immunity because it was the company that told the EC that the cartel existed, Samsung got a fine reduction for cooperating with prosecutors and Infineon got a reduced fine because it only coordinated with two of the three (not Philips). Infineon wants that fine cut further.

And the ECJ told the Court of Justice to look into just that, saying it should "assess the proportionality of the fine imposed in relation to the number of contacts found against Infineon."

If it turns out the other six contacts were all legit, the fine could be cut by €45m ($53m, £40m) – which should more than cover the cost of a five-year legal effort. The company said in a statement that it "welcomed" the decision but refused to say anything more. ®

German company is still looking for acquisitions, but may soon cash in its chips

You know what they say: Timing is... everything