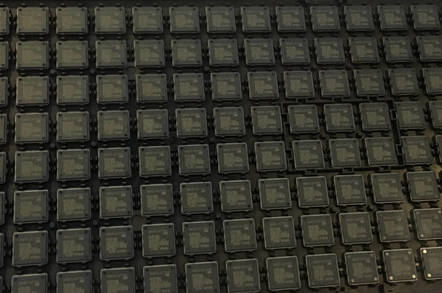 Since first making its pitch for the IoT market generally available, back in June, Microsoft has continued to tinker with the product. The appearance of 1.0.2 coincides with both Ignite and the long-awaited arrival of development kits for the Azure Sphere security service.

Microsoft's Azure IoT Edge is made up of three basic components: firstly IoT Edge modules that run Azure or third-party services (or custom code) and are deployed to Edge devices to execute locally. Secondly, there is the IoT Edge runtime, which runs on the device and manages the modules deployed. Finally, there is a cloud-based interface to allow an admin to remotely manage everything.

While one of the aims of the IoT Edge vision was to shunt cloud workload to an IoT device, actually disconnecting from the cloud itself proved problematic, rendering the service less than ideal for situations where internet connectivity is patchy or non-existent.

To handle this, Microsoft has tweaked the service, allowing an Edge device to function as a hub with child IoT devices hanging off it. After a one-time setup with an IoT Hub to configure the child devices, the cable can be pulled and the Edge device will effectively take over the duties of the hub. It will deal with authentication to allow the child devices to run and manage communication. It will also queue up telemetry bound for the IoT Hub.

Aside from the preview of the offline functionality, 1.0.2 also allows Edge devices to operate through a proxy server, improves startup time and deals with a nasty bug that could eat up bandwidth.

Microsoft is, of course, not the only game in town. Amazon customers in the UK found themselves wishing their talkative devices could handle being offline yesterday, and Google has its own pitch in the form of the very alpha Google Cloud IoT Edge.

Sphere is here. Well, in Preview at least

Announced with much fanfare back in April, Azure Sphere has finally made it into public preview. As well as the OS and the development tools for Visual Studio, actual hardware (in the form of development kits) has begun to ship.

Running Microsoft's own flavour of Linux, Azure Sphere hardware securely connects to an Azure back-end to ensure it is always up to date and minty fresh. Microsoft showed off the hardware at its 2018 Build event, most notably with an Altair 8800 case containing one of the MediaTek MT3620 boards.

Users can now recreate the happier days of Altair hacking with their own MT3620 as the development kit is now shipping, bang on time.

Microsoft is hoping devs put the things to more productive use in order to meet its goal of having tech containing the cloudy kit shipping before the end of the year. ®