IT bosses worried about network security reckon AI Jesus can save them, says Oracle survey 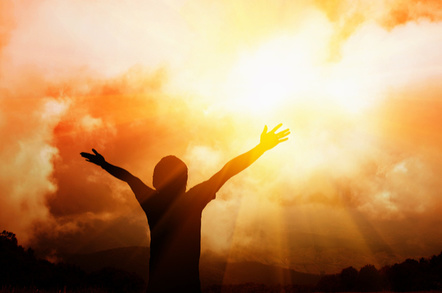 IT bosses are crossing their fingers that biometrics and artificial intelligence will save them from security vulnerabilities that can emerge from an ever expanding corporate network.

That's the conclusion Oracle has come to based on a June 2018 survey it carried out of almost 300 tech decision-makers, which found that infosec weaknesses and fraud were top network challenges.

The problems faced by companies are exacerbated as they use more communications channels – 76 per cent said that the breadth and reach of their network was expanding.

This complexity, as well as a a swelling network edge through an increase in mobile devices, brings more risks.

Oracle said that security was of most concern to firms with mobile access, with more choosing this over quality of service, network performance or network coverage.

Respondents were most concerned about identity fraud in real-time communications, while password stealing was viewed as the biggest fraud threat, closely followed by inbound phishing scams and email spoofing.

However, the companies also demonstrated some confidence in their abilities to deal with the problems.

Inbound phishing was the type of telephony fraud they felt most ready to deal with, while computer hijacking was the identity fraud or malware issue they were most ready for.

Although 73 per cent said the currently available tools were sufficient for managing hybrid networks, about three-quarters of people wanted new ones to improve the visibility and control of their network.

The survey also showed that companies are looking to emerging tech to protect their network assets, with 69 per cent using biometrics in network security.

Meanwhile, just over half of respondents said they used artificial intelligence machine learning as a network security measure, and 47 per cent said they used it for fraud detection.

Big Red's insistence that IT bosses are giving the big thumbs-up to AI follows a survey of HR leaders earlier this summer that found people were desperate to take AI-led orders, and news that the firm is adding AI to its Oracle Academy syllabus.

We're sure Oracle's desire to push the wonders of AI has nothing to do with the fact it has recently been putting a lot of its eggs in the autonomous basket, of course. ®