Except that Eric S Raymond doesn't like codes of conduct 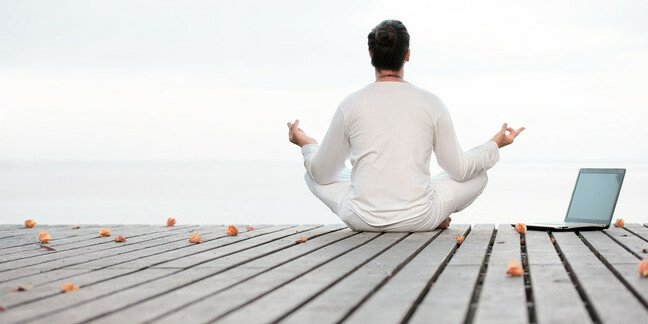 Speculation and debate still surround Linus Torvald's decision to step back from Linux kernel development for a while, but the next kernel release candidate landed with far less sturm und drang.

Greg Kroah-Hartman, anointed by Torvalds to keep things rolling while the Linux supremo takes a break and gets some help, dropped Linux 4.19-rc5 on Sunday evening.

Describing his role as "keeping the seat warm for a few weeks", Kroah-Hartman wrote: "As almost everyone knows, it's been an 'interesting' week from a social point-of-view. But from the technical side, -rc5 looks totally normal.

"The diffstat is a bit higher than previous -rc5's, but the number of trees pulled is lower, so overall, pretty much all is on track."

Linux kernel's Torvalds: 'I am truly sorry' for my 'unprofessional' rants, I need a break to get help

Given the number of fires burning elsewhere, Kroah-Hartman could be justified in feeling relief that the code, at least, is proceeding without pain.

The Linux Kernel Mailing List is still turning over plenty of debate about the merits and demerits of a code of conduct, and Torvalds' mea culpa has inspired enough searchers for his previous bad behaviour that a 2012 post to the LKML (with a characteristic "SHUT THE FUCK UP") is one of the 15 "hottest messages" on the mailing list's home page.

This comes after an updated Code of Conduct appeared as a replacement for the Bill and Tedesque “Be excellent to each other” that Torvalds adopted back in 2015.

At the time of writing, two-thirds of those most-read messages relate to the code-of-conduct debate.

It won't surprise anyone to learn that open-source luminary Eric S Raymond has weighed in against codes of conduct, but readers may heave a sigh at these immortal words: "I'm going to invite everybody to think like a game theorist for a bit."

ESR is genuine in asking for peace: "None of this is breaking news. We cooperate best when we live and let live, respecting that others may make different choices and invoking the group against bad behaviour only when it disrupts cooperative success. Inclusiveness demands tolerance."

However, about those standing against Torvalds' code of conduct, he wrote: "They signed on to participate in a meritocracy with reputation rewards, and they think that is being taken way from them.

"It is perfectly consistent to be pro-tolerance and pro-inclusion while believing this subculture ought to be all about producing good code without regard to who is offended by the process."

ESR reckons just two questions – "What is our telos?" (purpose), and "do we have the most inclusive (least normative) ethos possible to achieve it?" – answer "what we need to do about the CoC and the 'killswitch' revolt" (we think that means "no CoC", but are happy to be corrected).

The threatened "killswitch revolt", in which programmers withdraw their licence for the kernel to use their code, appears for now to be limited. On the LKML, for example, ESR's post is the only one to invoke the phrase. ®