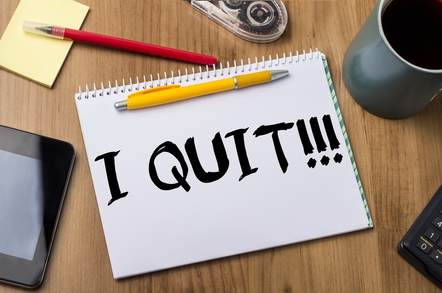 Exclusive Mayank Prakash, chief digital officer and CIO of the UK Department for Work and Pensions has quit today, The Register can exclusively reveal.

Prakash, who has worked at DWP for four years and been the sole head of digital reforms within the department since 2016, told colleagues of his decision this morning.

A spokeswoman at DWP confirmed in a statement that Prakash will "be leaving to take up a new role outside of the civil service".

"Mayank joined DWP four years ago and has personally driven an ambitious agenda for improving the technology that supports citizens, significantly overhauling our systems, and embedding agile design and development that has been and will continue to be critical to our services in DWP."

Prakash got the DWP job when the then business transformation director at DWP, Kevin Cunnington, took up the reins at the Government Digital Service.

At the time, there was continued talk that the pair were at loggerheads, and that the shift of Cunnington into GDS was a way of keeping both men in Whitehall.

Soon after taking over sole control of the digital remit, Prakash has had to defend his department over accusations it was reviewing its IT projects and facing an overspend.

Meanwhile, his department's most high-profile project has struggled on: its controversial and much-criticised implementation of Universal Credit (UC).

UK spending watchdog the National Audit Office said recently that despite concerns UC caused some claimants hardship and hasn't delivered value for money, there was no option for the DWP but to carry on with the project, which has cost £1.9bn since it began in 2010.

It is not yet clear where the CIO is headed to next, though his departure comes hard on the heels of a trend of tech veterans leaving the public sector to take up big roles at big corporations – including Mike Bracken, Andy Beale, Iain Patterson and most recently Liam Maxwell.

Prior to joining DWP, Prakash worked at Morgan Stanley for three years, with his other roles being at Sage, Avaya and Nokia. ®