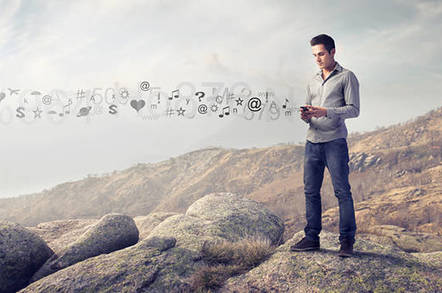 CloudFlare has puts its weight behind a new internet protocol that should make mobile browsing faster and more secure.

The content delivery network has launched a new test site for Quick UDP Internet Connections (QUIC), complete with a variety of blog posts outlining the protocol's promise in both general and technical terms.

It is, we believe, the first big corporate acceptance of the new protocol that reimagines basic routing so that it works with the modern world where a huge amount of internet usage is done on the move through mobile devices.

There are in fact two versions of QUIC. The first was created by Google back in 2013 and the search engine giant claimed it was able to get a three percent load-time performance boost in subsequent tests.

That Google version of QUIC is now referred to as gQUIC however, after standards body the Internet Engineering Task Force took up the company's work and started adding extra features that changed the protocol sufficiently that it is now its own thing.

That new QUIC that was started by the IETF in 2016 and is currently at draft number 14. It is getting ever closer to completion and promises a significant improvement in our everyday experience of the internet.

It will also mean saying goodbye to the protocol that effectively made the internet possible: TCP.

TCP and its accompanying IP protocol are what turned machines capable of sending information to one another into the global network that we now know of as the internet. And it did that by breaking up the data into small packets, sending them to a different computer and instructing that computer how to put them all back together again.

It was a stroke of engineering genius at the time but as the internet has moved from big machines in labs to a world where seemingly everyone has a smartphone and walks around watching high-definition videos, TCP has grown increasingly outdated.

And the reason is that TCP intrinsically assumes you will stay at the same address on the network while you are sending and receiving information. As soon as you starting moving around however, that address shifts. If you leave your house and your home Wi-Fi to join a 4G network, that's one shift.

If you get on a bus or a train to head to work in the morning, or if you stroll home at the end of the day, you will be constantly shifting your network address as you move from cell tower to cell tower. Every time you shift, the applications on your phone will have to play catch-up.

This modern use of the internet has already led to plenty of other changes and improvements to existing internet protocols – for example, the shift from HTTP 1.1 to HTTP 2.0 was largely because people now use multiple applications at the same time and expect each to be able receive data.

But QUIC is more fundamental in that it will move off TCP altogether and head towards its wilder cousin, UDP.

While TCP is fantastic because it makes sure every packet that is sent is received and put back together in the right order; UDP is far less fussy and is fully prepared to lose some data packets and/or mix them up on the way. It's your fun but unreliable uncle.

While that has meant TCP has always been used for things like the Web and email so you don't lose any information, advances in other protocols mean it is now possible to get TCP-style reliability and security over UDP.

What's more, if you are moving around from network address to network address, this UDP approach should end up much faster because it pulls out TCP's checking mechanism, speeding things up.

And that's what first Google and now the IETF internet engineers have been working on: how to add TCP-style encryption and loss detection to UDP. It will also add in the latest standards like TLS 1.3.

The moment of truth is getting close and CloudFlare's decision to opening up QUIC to its customers is a sign of growing industry confidence in the new standard. Aside from the fact it should speed up use of the internet on mobile devices, it will also meant encryption will be on as a default – something that the IETF has been particularly focused on since Edward Snowden's revelations of US government mass surveillance of internet traffic.

Of course there are some downsides

It will create problems for people using NAT routers as a way to handle the painfully slow move from IPv4 to IPv6. NAT routers track TCP connections to work seamlessly and since QUIC doesn't use TCP, its connections through such networks could well drop out.

Likewise, if a network is using Anycast or ECMP routing – both used for load-balancing - the same problem will likely occur.

Not that these are insurmountable issues: it should be possible to figure out technical fixes so NAT routers and Anycast/ECMP networks are able to recognize and work with QUIC traffic. But every barrier is a drag on adoption – as everyone has discovered with IPv6.

Currently though, thanks to QUIC's use of the universally accepted UDP and careful addition of other largely non-conflicting protocols to give TCP-style security and reliability, it looks as though the new system could be a winner.

Whether it is or not will likely come through test systems like the one CloudFlare announced today. If you use your smartphone on the move you should hope all goes well. ®