Still great pals with Citrix, but users will find the Windows 7 offer enticing 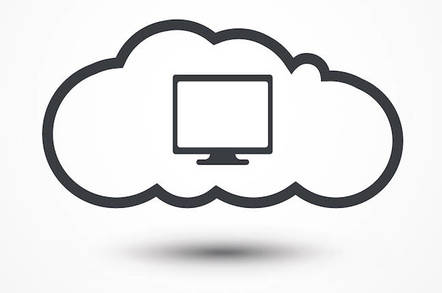 Ignite With Windows Virtual Desktop, Microsoft is offering corporate Window 7 users yet another migration path to Windows 10; this time via Azure.

Microsoft 365 is about to gain what Redmond is modestly calling “the best virtualized Windows and Office experience delivered on Azure.” Virtualization slingers Citrix and VMware might beg to differ. Amazon, of course, has its own WorkSpaces product running on AWS.

Virtualization of a Windows desktop is nothing new and provides a way of keeping tight control over corporate desktops without having the deal with an army of disparate hardware. However, it can also be prohibitively expensive from a licencing perspective and often complex to set up.

Due to make an appearance in preview form by the end of the year, access to Windows Virtual Desktop (WVD) is free for Microsoft 365, E3, E5 or F1 customers or Windows E3 or E5 customers, although you’ll obviously still have pay for Azure virtual machines on which to run the thing.

As well as describing WVD as “the only service to enable a multi-user Window 10 experience”, trumpeting Office 365 ProPlus integration while beating the drum for Azure’s scalability and flexibility, Microsoft also threw customers a bone in the form of more Windows 7 support.

While Redmond would really like you to virtualise Windows 10, you can also fire up a Windows 7 Enterprise virtual desktop which will receive free Extended Security Updates past the end of life for the venerable OS. Microsoft reckons this will give customers “more options to support legacy apps while you transition to Windows 10”

"We are building a new on-demand Desktops as a Service offering built on Windows Virtual Desktop that simplifies and accelerates the delivery of Windows 10 on Azure," Hsu said.

With SQL Server 2008 hold-outs also having the carrot of extended support dangled before them if they shift their boxes to Azure this cloudy approach to prising Windows 7 desktops from the hands of corporate users is not a new one.

The challenge in this instance will be licencing. To make this an attractive option, Microsoft must keep the costs reasonable. After all, Windows Virtual Desktop is surely a short hop, skip and a jump from the Microsoft Managed Desktop service. ®