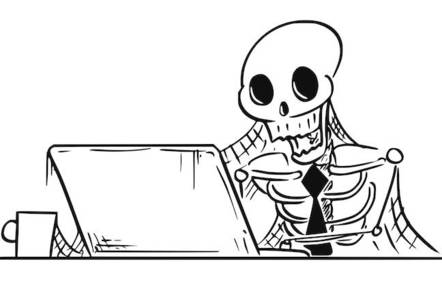 Microsoft has tweaked the presence model of its chat platform, Skype, in an effort to calm users still shrieking about lost features in the version 8 "upgrade".

Peter Skillman, director of design for Outlook and Skype at Microsoft, shared the good news via Twitter that after "HOURS" of meetings, the team had decided to deal with the horribly broken presence model in Skype 8.

You all have been asking for this: A major review of the S7 to S8 presence model. We have been at this deeply, done lots of testing and HOURS of internal meetings. It is much more complex than Copy/Paste S7. Prelim feedback please! https://t.co/JsRYpAHZjS

Peter, we feel for you, and we’re surprised not to see the hashtag #PrayForPeter after all the effort and work that has gone into to what could have been as simple as “stop flagging me as inactive just because I minimised the window”.

The changes, currently being trailed with Skype Insiders, are two-fold.

The first deals with the maddening problem of users being marked as inactive when Skype was minimised. In the new world, if Skype is running, and the keyboard or mouse is in use, contacts will see the user as Active. There is no indication how long your hands need to be away from the keyboard before the app decides you are Active no more.

Manners maketh the messaging platform, and Microsoft has reported that many users found the Do Not Disturb status rude. As such, the Windows giant has gone with the altogether more passive-aggressive approach of Quiet Mode, which simply silences all incoming messages and calls. Users will need a custom status to recreate the old Do Not Disturb if they want to let contacts know that they are being ignored.

The final notable change is “Hide my Presence”, which marks a user as “Not Active” and, in what Microsoft calls an effort to “foster an environment of trust and openness”, stops users seeing anyone else’s presence.

That “trust and openness”, alas, does not extend to the Skype forums, where users continue to protest about Skype 7 functions still missing from version 8 and its ilk. Fixing the broken status model in version 8 will go some way to calming users, but with many complaining that Microsoft has forgotten function in favour of design, there is still some way to go.

The Register has contacted Microsoft to find out when version 8 will gain more of the features of its predecessor and will update with any response. ®