You're alone in a room with the Windows 10 out-of-the-box apps. What do you do? 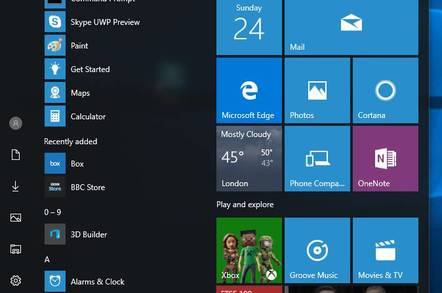 Imagine you’ve just returned to work from a lengthy sabbatical and found, among the thousands of increasingly shrill and unanswered emails in your mailbox, one telling you that you are now the proud product owner of a bunch of Windows OS apps. What would you do?

Steve Teixeira, a general manager in Microsoft’s Windows and Devices Group, found himself in just such a quandary. He now "owns" the likes of Notepad, Calculator, Alarms & Clock and others from the collection of in-box apps that arrived as part of a Windows 10 installation.

Some, such as the Alarms and Calculator apps, have been given a good thwacking with the Windows 10 design brush over the years, while others, such as Notepad, have remained aggressively retro in their appearance. It took 33 years for the veteran text editor to learn that EOL and CRLF were not the only fruit when it came to line endings.

Teixeira proceeded to do what any insane person would do, and turned to the calm, reasoned and measured world of Twitter for suggestions.

Returned from sabbatical to discover I’m now the proud owner of a number of in-box #Windows apps, including notepad and calc. What should we do?

Judging by the tides of responses, there is still a lot of affection for these apps, even if it seems that Microsoft has lost interest over the years. Teixeira’s request indicates that the software giant could finally be about to make the UI experience consistent. UWP Fluent Design Notepad, anyone?

Our question to you is this: if you found yourself in charge of the in-box Windows 10 apps, what would you do with them? Answers on a postcard to Vulture Towers or just leave a post in the comments section. ®