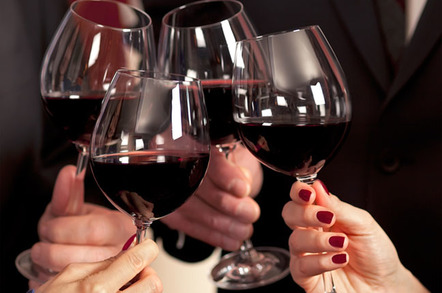 A California home once owned by Intel founder Robert Noyce where the dining room served as Chipzilla’s boardroom in its early days is up for sale.

Noyce, who died in 1990, was the co-founder of Fairchild Semiconductor, having learned his trade under Nobel Prize scholar William Shockley and his Shockley Semiconductor Lab company. After a corporate split, Noyce and Gordon Moore, of Moore’s Law fame, started a new firm that they called N M Electronics. Within a month they had bought the rights to a new name, Intel.

In 1999 one-time Avaya chief exec Kevin Kennedy bought the house for $5.5m. He is now selling it for $21.8m, which is a rather nice return on investment if anyone bites.

Despite what some have described as his modest tastes, Noyce’s former pad in the Los Altos neighbourhood is set in 4.5 acres of grounds that include a pool, tennis court, putting green, a vineyard and a barn, with the grapes yielding more than 100 bottles of merlot per year, according to Kennedy.

In addition to the four-bedroomed main house, which includes dining and living rooms as well as a library, a games room and a wine cellar, the buyer will also get a completely separate three-bedroom guest house.