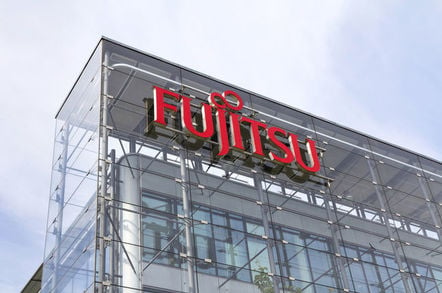 Exclusive The exit of three senior executives at the top of Fujitsu's Europe, Middle East, India and Africa (EMEIA) management stack has unsettled the workforce who are braced for yet more restructuring.

Back in 2015, Fujitsu carved up the business based on four divisions: products; managed infrastructure; application services; and enterprise platform. This was done because Fujitsu said the prior setup had made the sales process cumbersome.

Fast forward almost three years and Fujitsu has said sayonara to Michael Keegan, director of the products business for EMEIA; Steve Clayton, CFO for EMEIA; and Adrian Hart, veep of HR in EMEIA.

All the execs were based in the UK but focused on the wider region. A Fujitsu spokesman confirmed the departures: "People did leave, as people do, to pursue other interest or careers."

We are told by insiders that Japan HQ has put its own beancounter, Yo Kawamata, in the EMEIA role to temporarily replace Clayton. "It looks as though Tokyo is keeping the UK on a shorter leash," said one insider.

Additional tinkering is anticipated by UK staff we spoke to us on the condition of anonymity.

"1st Oct is believed to be the date when Fujitsu announces it is going back to the country model. It's a badly kept secret," one member of staff told us. He added that Fujitsu has yet to make any official announcements internally.

Three other Fujitsu workers also voiced similar expectations and claimed Fujitsu's mothership had serious concerns about the level of transformation in the region.

Of course, with Brexit around the corner, part of Fujitsu's rationale for a reorg may be about making the UK a separate entity or account.

"The mass changes took out cost but were based in assumptions about the pipeline that never happened and the order book is emptying," said one source. "Growth is the challenge."

Another reckoned that "order book shrinkage is not the only problem" and that "there's also the matter that [some] contracts undertaken outside government, defence or mainframe work have been largely loss-making or at best cost neutral".

Fujitsu refused to comment on potential restructuring and branded talk on this as "rumour and speculation". ®