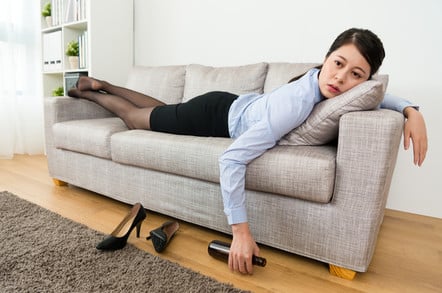 NoSQL database biz Couchbase has promised administrators its latest release will allow them to ditch the laborious extract, transform and load (ETL) process, and analyse info directly from the database.

Couchbase Server 6.0, announced today at the firm's Connect conference and due for general availability in Q4 of 2018, is the latest iteration of the firm's data platform and is designed to quench companies' seemingly endless thirst for real-time analytics.

The document store database vendor, long rumoured to be weighing up a flotation, is competing in an increasingly busy field; it's currently ranked 23rd overall by DB Engines, and third in document stores.

It has consistently marketed itself to top-tier enterprises – in contrast to MongoDB (the number-one ranked document store database biz), which began by enticing devs but has changed tack towards the C-suite since its own IPO.

Couchbase has branded its main product an "engagement database" – the idea being to tap into companies' desire to track, analyse and respond to customer interactions all the time.

The latest release is targeted squarely at this need with new features it hopes will lure those that want quick access to data and faster insights. And it wants to sell the idea that this can be done with minimal effort – by keeping the database and analysis in a single platform – so the customer can focus on using the data, rather than all of that complicated, messy stuff.

That includes offering customers the ability to circumvent the ETL process – which Couchbase claimed was an industry first.

This will allow customers to process JSON data in its natural state, without the need for transformation or schema design, it said.

The business is also shoving in ad hoc querying for business users so they can carry out complex joins and aggregations, along with workload isolation – which allows those ad hoc queries to be run without impacting application performance.

A further feature of Couchbase Server 6.0 is N1QL – its query language that extends SQL for JSON – for analytics. The firm said this was the first commercial implementation of the SQL++ language for querying schema-less semi-structured JSON data.

Couchbase said its Server 6.0 "provides immediate availability of operational data for analytical processing by enabling enterprises to run analytical queries on JSON data without the delay or complexity of schema redesign and data transformation that occur with relational databases". ®